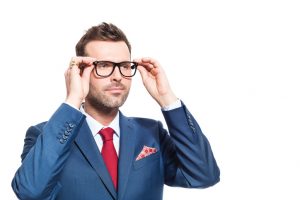 Your eyes aren’t deceiving you… that’s an A- in Legal Writing.

As chicken and the egg questions go, one of the most enduring is whether 1L year breaks students by throwing them into a vortex of grade-driven status seeking in a mad dash for illustrious summer jobs, sterling journal assignments, and the prestigious clerkships or if they were just sanctimonious pricks all along.

Ponder that riddle as we check in on one law student whose failed efforts to woo a Boston lass ended up going viral.

Presumably the standard Boston romance begins with regurgitating Gordon Wood and evolves into a delicate dance about how the uproar over spying on the Bengals or stealing signs in the World Series is just a vast conspiracy by “the haters.” This law student took a different tack:

Amazingly the fact that someone thought a transcript would have some panty-dropping influence isn’t the most embarrassing part of this episode. It’s that someone thought a partial transcript would have some panty-dropping influence. Not to knock an A in Contracts and an A- in Legal Writing but don’t try to DM me until that Civ Pro grade gets posted.

Our 1L Casanova appears to be leaving Beantown for Nashville for the next five months. The transcript includes “Life of the Law” which is a noted Vanderbilt 1L pass/fail course that students take to learn basic civics stuff.

Alas it appears — since she immediately posted this exchange to social media — that our 1L struck out this time. She was probably stealing signs. Hopefully that A can get him some offer and acceptance back in Nashville.