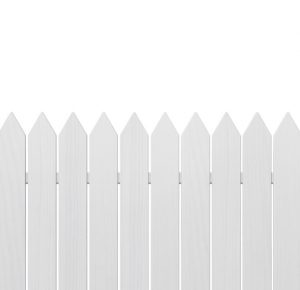 The fights involving Home Owners Associations (HOAs) are so legendary and stereotyped that they’ve even been a minor plot point in Seinfeld. The general stereotype is that HOAs involve insane political power struggles, significantly out of proportion to the actual issues at hand. It is often an example of Sayre’s law, in that the stakes are so little, yet the disputes are much more vicious and out of control than elsewhere. I’m thankful I don’t live in a place with an HOA, but for many years I did (as a renter, not an owner) and remember receiving a long (7 pages typed, I believe) letter from an owner complaining about HOA battles and claiming that he was afraid to go to the next HOA meeting for fear of being shot by another HOA member, and going on and on about threats of violence.

In other words, petty squabbles in HOAs all too frequently get blown way out of proportion, and people take them way too seriously. So, it’s perhaps of little surprise that an HOA in Gilbert, Arizona, is taking things so far as to violate the 1st Amendment, and is threatening to sue residents over social media posts. Perhaps not surprisingly, the community in question has the type of name that would fit in well with Seinfeld’s Del Boca Vista. In this case, it’s Val Vista Lakes (VVL).

Following elections, the board proposed a social media policy restricting opinions about the board on Facebook. It was vehemently opposed by the community and quickly tabled.

Then a letter from a law office representing the board showed up at Nardecchia’s home.

“They are threatening if I don’t remove any content that frames certain members of the board in a negative light,” said Nardecchia.

Threatening her with $250 daily fines as well as taking away her access to community amenities.

The letter was sent from a law firm paid for by HOA fees to at least eleven residents.

“I really do believe in that freedom of speech. We are a diverse community with diverse opinions and views, and we should be able to share that and have a discussion about that.” said Nardecchia.

That last line of the first paragraph above is quite incredible: “opinions that now come with consequences.” While it’s not quoted, it sounds like something that may have been said in the letter, as it’s a line we all too frequently hear from those filing or supporting bogus SLAPP-style lawsuits over free speech, that “speech has consequences.” Of course, they are misunderstanding what that means. Speech has social consequences in terms of how others in the community view you, and on your reputation and trustworthiness. What opinionated speech cannot have under the 1st Amendment of the constitution, is legal consequences that chill and intimidate free speech.

The article discussing all of this, from the local ABC affiliate in Arizona, concludes with a fairly understated comment reflecting what actual 1st Amendment lawyers told the news station:

At least two attorneys focused on constitutional law, told ABC15 the board is over stepping their authority and may want to take a closer look at the protection found under the first amendment.

May want to take a look? Uh, yeah. You can’t sue people for stating opinions about you on social media. That’s kind of a core aspect of the 1st Amendment.