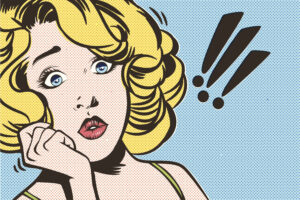 Well, well, well. Looks like that English teacher who told you using potty words was unprofessional was wrong.

During Supreme Court oral arguments earlier this week, a Biglaw partner dropped a “damn” to, um, colorfully illustrate his point. It’s no F-bomb, but it’s a victory for all of us who’ve been accused of being foul mouthed.

It happened during the arguments in Opati v. Republic of Sudan. Sudan’s lawyer, White & Case’s Christopher Curran, was in an exchange with Justice Stephen Breyer when he argued SCOTUS had previously held the retroactive assessment of punitive damages was unfair and a “draconian step.” That’s when the juiciness happened:

“So before we attribute that intention to Congress, we’re going to ask Congress to say it pretty damn clearly,” said Curran, paraphrasing the 1994 decision in the case Landgraf v. USI Film Products.

But, I’m sure Justice Breyer wasn’t too scandalized — he did use the word in 1997 during arguments in Richardson v. McKnight. And Chief Justice William Rehnquist let it fly in arguments in Donnolley v. Dechristoforo (1974). In fact, according to Law.com, “damn” has been said a handful of times during oral arguments from 1950-2015. However, the majority of the times it was used it was in quoting the record of the case. But at least one other advocate used “damn” for emphasis:

Now, the use of “damn” is far from scandalizing, but that doesn’t mean appellate muckety-mucks don’t have thoughts on Curran’s word choice. Gibson Dunn’s Ted Olson said, “My personal opinion is that things like that, unless carefully considered, can distract from the substance of the message being conveyed. I try to avoid any slang, vernacular, argot, colloquialisms, street language, triteness or hyperbole. There may be times when something like that works, but very rarely, it seems to me.”

Paul Smith, vice president of litigation strategy at the Campaign Legal Center, expressed his disapproval, saying, “Supreme Court arguments can be done well in a conversational style, but this just seems a little jarring to me.” And David Frederick, a partner at Kellogg Hansen and author of Supreme Court and Appellate Advocacy, said, “I’m not a fan of using swear words in any court, much less the Supreme Court. It’s impolite and draws attention away from the substance of the argument.”

But Curran seems to be taking it in stride. He reportedly laughed when asked about the usage, saying, “I think the term speaks for itself.”