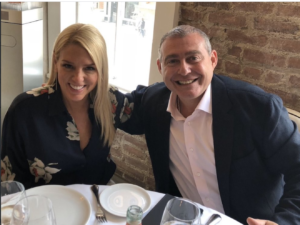 The Trump defense team has made some inspired casting choices. They trotted out Ken Starr, a guy whose own ethics advisor resigned in 1998 saying he’d “violated [his] obligations under the independent counsel statute and [had] unlawfully intruded on the power of impeachment” to tut-tut at Democrats for using impeachment “too frequently.”

They hired Milhouse van Houten to wield his considerable charisma (cough) to emphasize the importance of executive privilege, something Donald Trump’s counsel alluded to but never once actually invoked in his blanket order that no member of the executive branch should cooperate with the House impeachment inquiry.

And they invited former Florida Attorney General and sometime Fox News host Pam Bondi to give an impassioned speech about Donald Trump’s abiding antipathy for corruption (don’t laugh!), which made it absolutely necessary for him to establish a back channel to Ukraine through his personal lawyer Rudy Giuliani and a couple of low-rent, Soviet-born sycophants, and also to secretly withhold congressionally allocated defense funds until the Ukrainian president announced an investigation of his chief electoral rival Joe Biden.

In what Jeffrey Toobin described as a “parade of lies,” Bondi painted an entirely false picture of Joe Biden corruptly forcing out an honest Ukrainian prosecutor to protect his son Hunter Biden’s business interests, rather than delivering an anti-corruption ultimatum that was the consensus demand of the IMF, the EU, the entire Obama executive branch, and congressional Republicans.

And while her description of Hunter Biden’s Ukrainian business as sleazy is certainly accurate, she may not be the ideal person to deliver this message. Bondi personally solicited a $25,000 campaign donation from Donald Trump in 2013, as her office was investigating Trump University for fraud. Days after receiving the donation, she dropped the case. Moreover, her campaign appears to have been somewhat less than scrupulous in scrutinizing its donors. The campaign happily deposited a check from Trump’s charitable foundation, clearly an excluded donor. Later, that foundation was shut down for making illegal donations, one of which went to Bondi’s campaign.

Bondi’s description of Hunter Biden’s $50,000 per month payout to sit on the board of a corrupt Ukrainian company as something wildly out of the ordinary in DC beggars belief. Before joining the White House legal team, Bondi herself was getting paid $115,000 every month to “provide consulting and advocacy services regarding matters involving anti-human trafficking” to the government of Qatar. Because when you’re in the presidential orbit, sometimes people just throw money at you!

A lecture on nepotism from a White House which allows Jared and Ivanka Kushner access to every foreign leader on the planet, not to mention paying Rudy Giuliani’s large adult son $95,000 in taxpayer money to act as a “liaison to the sports community,” was always going to be … a stretch. But sending Pam Bondi out to deliver it was an act of contortion worthy of Cirque de Soleil.

Fact check: 4 things Trump’s attorney left out of her arguments about Biden and Burisma [CNN]