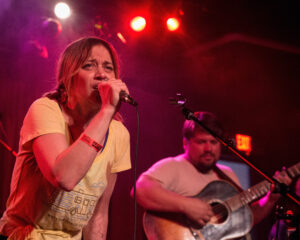 Which song on Fiona Apple’s new album, Fetch the Bolt Cutters, which is getting rave reviews and is lauded as “the best work of her career,” did the singer say was inspired in part by Brett Kavanaugh (or, perhaps more accurately, by his confirmation hearings)?

Hint: The singer told Vulture magazine about writing the song: “The Kavanaugh hearings in 2018 brought on a lot of shit to deal with. I don’t know what it is, that guy. There are so many of them out there, but that one guy — the fact that he’s on the Supreme Court really is probably the thing, but his fucking attitude is just like — it was the externalized version of what you know a lot of them are feeling inside. Just this indignant, ‘How could you be mad at me? Don’t make me suffer. But I’m married, but I have kids, so I can’t be a bad guy. But I was just young, don’t be so mean to me, that girl’s being mean to me.’ Oh my God. Thank you, fucking Brett Kavanaugh, for letting my anger see the light of day: Thank you for being so horrible.”