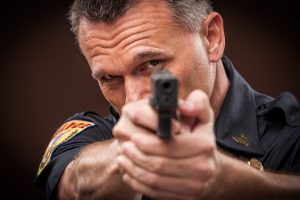 Perhaps nowhere has our country’s polarization been more obvious than when it comes to the general view toward law enforcement. For all too many, law enforcement can literally do no wrong. Even in situations where an officer so obviously and so drastically escalates an otherwise peaceful encounter with deadly violence, accountability is nowhere to be found. The perpetual tragedy of not holding bad actors accountable, however, does not just result in the deaths of unarmed, peaceful civilians. It also results in tragedy inflicted onto peaceful officers. This passage written by conservative writer Leon Wolfe after the killing of five police officers in Dallas nearly four years ago has stayed with me ever since:

Reasonable people can disagree about the prevalence of police brutality in America, and the extent to which race plays a factor in it. I don’t think reasonable people can disagree that excessive police force is punished way less often than it actually happens. And that’s the kind of problem that leads to people taking up guns and committing acts of violence — tragically (and with evil intent) against cops who as far as we know have done nothing wrong.

But people’s willingness to act rationally and within the confines of the law and the political system is generally speaking directly proportional to their belief that the law and political system will ever punish wrongdoing. And right now, that belief is largely broken, especially in many minority communities.

And it’s the blind, uncritical belief that the police never (or only in freak circumstances) do anything wrong that is a major contributing factor to that.

It’s at least as much of a factor, if not more so, than the blind, uncritical belief that the police always do things wrong –- which many conservatives today are blaming in entirety for what happened in Dallas. The truth, as always, lies somewhere in the middle, but acknowledging that requires looking in the mirror in a way that makes us all a little uncomfortable.

No one seems to be more uncomfortable with holding police accountable than our nation’s courts. In fact, in order to shield law enforcement from a straightforward statute that would otherwise allow citizens to hold bad actors accountable, our courts have concocted an atextual, ahistorical doctrine. The supporters of this unilateral created immunity contend that police officers cannot function if they fear they will be held personally liable for unlawful actions. As I said before, viewing the responsibility of an officer taking into account whether they are depriving individuals of their rights as a burden instead of as an ever-constant duty of law enforcement is quite puzzling in its logic. However, David French, an Iraq War veteran who has seen first-hand when deadly force is warranted, had what I consider to be the best answer to qualified immunity supporters:

How can we second-guess decisions made under duress, critics ask, when seconds count and lives could be on the line? This is the excuse juries use when they vote to acquit. It’s the excuse law enforcement officials make when they refuse even to bring charges. But we second-guess these decisions because the law requires us to. We also judge these decisions because respect for life and liberty demands it. No man or woman is required to be a police officer. No man or woman is required to carry a gun on their person. When you pick up a weapon, you are exercising a constitutionally protected freedom, yes, but you are also taking on an awesome responsibility. And the gravity of the responsibility requires an armed citizen — like a police officer — to tolerate a degree of risk and danger before he or she escalates to deadly force. Any other rule reaches absurd (and deadly) results.

Of course, absurd and deadly results are precisely what have occurred, and the ability to hold anyone accountable has gotten noticeably worse. Just recently, Radley Balko at the Washington Post highlighted the fact that in addition to the barriers to personal responsibility the qualified immunity standard unilaterally puts in place, those seeking accountability also often have to deal with jurisdictional games designed to quash actions before they can even begin.

Some might be asking why am I bringing all of this depressing stuff up. Well, just yesterday a rather amazing thing happened: The Supreme Court left undisturbed (paywall), a ruling that a police officer claimed “will eviscerate qualified immunity for law enforcement officers in use of deadly force situations.” Of course, I don’t bring up this case to suggest that one denial of cert has actually eviscerated all the issues with qualified immunity and holding accountable the bad actors who apply deadly force. Qualified immunity is still a massive problem even with this denial and, as I noted above, a problem that is actually becoming noticeable more difficult to traverse past legally. But in my opinion, this denial does show progress of a sort. Twenty years ago, I think it is likely qualified immunity is extended in that case by both the lower courts and the Supreme Court. What I don’t think is a question is that shedding light on the tragedies that occur from granting armed government officials a separate standard than what the rest of us live under, along with immense power with little to no accountability, is how we got to the point where courts are beginning to allow accountability in any cases.