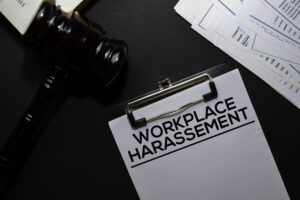 Back on September 30th, Judge Carlos Murguia of the District of Kansas was formally reprimanded by the Judicial Council of the U.S. Court of Appeals for the Tenth Circuit, chaired by Circuit Chief Judge Timothy Tymkovich, for “inappropriate behavior.”

The council found Murguia sexually harassed court employees, specifically finding he “gave preferential treatment and unwanted attention” to female employees, and engaged in “sexually suggestive comments, inappropriate text messages, and excessive non-work-related contacts, much of which occurred after work hours and often late at night.” They also found Murguia had a years-long extramarital relationship with a felon on probation (who is now back in prison), and was “habitually” late for court.

Murguia admitted to the misconduct and apologized for his behavior. But despite the reprimand, a week later on October 7th, Murguia was back on the bench.

Now House Judiciary Committee Chairman Jerrold Nadler and three other committee members have sent a letter to Tymkovich, District of Kansas Chief Judge Julie Robinson, and Secretary of the Judicial Conference of the United States James Duff calling for a “a frank examination of the adequacy of the steps taken to address” Murguia’s misconduct.

Specifically, the letter asks the following questions about the misconduct and the investigation/consequences:

• The reprimand did not state when Murguia’s misconduct began or how many people were harassed. Will the information be disclosed at a later point? Are there policies in place for disclosure to prevent future misconduct?

• What protections have been provided to those who were harassed, and what steps have other federal courts taken to ensure support for individuals in similar situations?

• Is there a system in place allowing court employees to anonymously report misconduct?

• What policies are in place to review personnel decisions that may be influenced by misconduct committed by a judge or supervisor?

• Will the district of Kansas investigate whether other judges were concerned about Murguia’s behavior and, if so, why they didn’t file complaints?

As Nadler said in a statement, “No one should experience harassment, discrimination, or other misconduct in any workplace — and especially not in our federal courts, where so many Americans expect to turn for justice.”

A judiciary spokesperson said the reprimand “is not the final step in the process.”