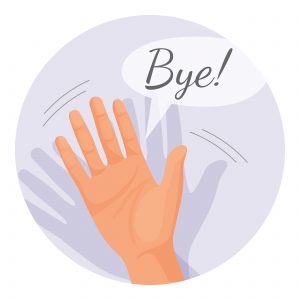 Buh-bye, Judge Murguia! Carlos Murguia, formerly of the District of Kansas, has officially resigned his position yesterday. You may remember the Murguia scandal from coverage here at Above the Law. The judge was formally reprimanded by the Judicial Council of the U.S. Court of Appeals for the Tenth Circuit, chaired by Circuit Chief Judge Timothy Tymkovich, for “inappropriate behavior.”

The council found Murguia sexually harassed court employees, specifically finding he “gave preferential treatment and unwanted attention” to female employees, and engaged in “sexually suggestive comments, inappropriate text messages, and excessive non-work-related contacts, much of which occurred after work hours and often late at night.” They also found Murguia had a years-long extramarital relationship with a felon on probation (who is now back in prison), and was “habitually” late for court.

Murguia admitted to the misconduct and apologized for his behavior. But was soon back on the bench. That sparked some outcry, but a judiciary spokesperson promised the reprimand “is not the final step in the process.”

Now we have reached the final step, with Murguia resigning his position, effective April 1. Chief Judge Julie A. Robinson’s statement on the resignation:

Today United States District Judge Carlos Murguia tendered his resignation from office to President Trump, effective April 1, 2020. Judge Murguia’s letter is attached. Judge Murguia resigned with “a heavy heart and profound apologies, out of respect for the federal judiciary, my colleagues, my community and — most importantly — my family.” Between now and April 1, 2020 Judge Murguia will assist the District of Kansas with an orderly transition of his administrative duties and case-related responsibilities. Judge Murguia’s cases will immediately be reassigned to the other district judges of this court. Judge Murguia has been a district judge since 1999 and resigns his commission without eligibility for pension or any retirement benefits.

Fix the Court — an advocacy group that has been on top of the Murguia scandal, calling for his impeachment four months ago — has made a statement on the resignation puts the focus on what still needs to be done to stop the problem (which is far from isolated to just the actions of Murguia) of harassment on the federal judiciary:

But this isn’t a time to be satisfied with the result and move on. As we again learned during Olivia Warren’s testimony last week, so much remains wrong with how the judiciary handles complaints, and too many institutional barriers for those seeking to report impropriety persist.

We need a national, anonymized misconduct reporting system and an internal ombudsman to oversee complaint intake. We need third-party workplace climate surveys of judiciary staff. We need a clear understanding of how the judiciary will protect its employees from retaliation. And law clerks, past and present, need a consistent seat at the table as reform efforts proceed.

Murguia’s resignation may have put an end to this chapter of the story, but there is a lot more to be done before we can say the problem of sexual harassment on the federal judiciary is solved.