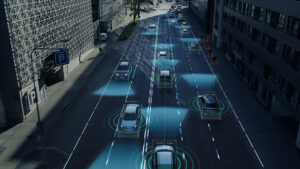 About three years ago, I wrote about how baby boomers were driving off a debt cliff with their expensive auto loans, and how (popular millennial-bashing memes notwithstanding) baby boomers actually carried more debt compared to millennials.

Well, the more things change, the more they stay the same. A new report indicates that the average monthly car payment now exceeds $700 for the first time in history.

There are a lot of reasons why cars are getting more expensive, including inflation and supply chain disruptions. Mostly, though, it’s because more automakers are making, and more Americans are buying, the most expensive models.

You guessed it: carmakers are churning out fewer sedans and compact cars, and more gas-guzzling, profit-margin-padding pickup trucks and SUVs. Not surprisingly, given that monthly car payments are the highest on record, the average sticker price of a new vehicle has also reached new heights. In America, the average new car now costs a whopping $47,000. Hey, you can still get about one-and-a-half new cars for a year of tuition at Harvard Law though.

The price of gasoline has come down a bit from record highs hit last month. Even so, a gallon of gas will still cost you about five bucks in many parts of the country, and gas prices have been decidedly elevated since early this year — in particular since Russia’s invasion of Ukraine. This hasn’t deterred car buyers from snatching up the pricier (and less fuel-efficient) models though.

Nor has the driving public been dissuaded by higher interest rates. As the Fed attempts to cool the economy, it has been slowly raising interest rates. This, of course, filters into the auto loan market. The average annual percentage rate on a new car loan hit 5% in June, with no discernible effect on consumers preferences.

Despite gas prices, despite the supposedly challenging economy, particularly pricey cars appear to only be getting more popular. More than 12% of consumers who financed a new car last month took on a monthly payment of at least $1,000 — another record. One year ago, only 7.3% of auto purchasers could stomach a monthly payment in excess of $1,000.

Automakers have been reporting robust profits — shocking, I know. Toyota, for instance, reported all-time highs for revenue, net income, and operating profit earlier this year. Dealerships are making out like bandits too — car dealership profits are also at a record high.

One might think that high gas prices, high interest rates, an economy that people keep complaining about, and a car component shortage would have people delaying new auto purchases or at least hunting for some bargains. But one would be wrong. Nope, people are going hog wild on expensive new cars, at high interest rates, and burning up all the pricey gas they want.

I suppose if I didn’t feel like I was shouting into the wind a lot of the time, it wouldn’t really be writing on the internet. Oh well. If people have disposable income to throw away on interest and gasoline and a whole lot of car they don’t need, there are probably worse things they could be spending that money on. Like heroin. Or the Matt Gaetz re-election campaign.

Although electric vehicles are slowly gaining in popularity, unfortunately, only a small percentage of all those new cars being sold are EVs. So, don’t hold your breath on not having to hold your breath to avoid inhaling deadly exhaust fumes. If there’s anything you want to see on the coast that isn’t behind a pretty large floodwall, I’d also recommend checking that out sooner rather than later. Hey, maybe you can drive your new car there!

I get it, responsibility isn’t our thing as Americans. It sure would be nice if we could at least pretend though.

Jonathan Wolf is a civil litigator and author of Your Debt-Free JD (affiliate link). He has taught legal writing, written for a wide variety of publications, and made it both his business and his pleasure to be financially and scientifically literate. Any views he expresses are probably pure gold, but are nonetheless solely his own and should not be attributed to any organization with which he is affiliated. He wouldn’t want to share the credit anyway. He can be reached at jon_wolf@hotmail.com.