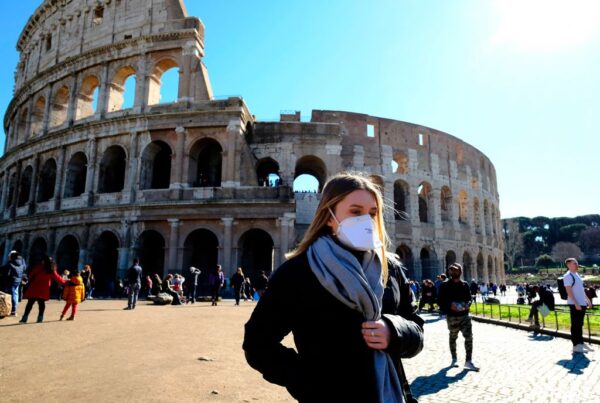 The Food and Drug Administration has recorded the first drug shortage due to coronavirus.

In a statement Thursday, FDA Commissioner Stephen Hahn wrote that a manufacturer had alerted the agency to the shortage of a drug that had been added to the drug shortages list. Although the manufacturer notified the FDA that the shortage was indeed due to coronavirus, Hahn’s statement did not identify it or the drug in question.

“The shortage is due to an issue with manufacturing of an active pharmaceutical ingredient used in the drug,” Hahn wrote. “It is important to note that there are other alternatives that can be used by patients.”

Hahn added that the FDA is working with the manufacturer in question and other manufacturers to mitigate the shortage. The agency has been in contact with more than 180 drugmakers and has asked them to evaluate their supply chains, including active pharmaceutical ingredients and other components that are made in China, where the coronavirus – known as SARS-CoV-2 – was first identified. It has identified 20 other drugs that are made in China or source all their active pharmaceutical ingredients from there, though the five companies making them have not yet reported shortages of the drugs, which are all considered not to be critical.

The coronavirus outbreak has caused significant concerns among drugmakers about potential supply chain disruptions, given the large number of ingredients that are sourced in China, in particular because of the number of people on lockdown and unable to go to work. Last weekend, Axios reported that the FDA had compiled a list of about 150 drugs that could face potential supply chain disruptions.

Sanofi announced last Monday the creation of a new active pharmaceutical ingredient supplier that will be based in Europe in order to lessen the dependence on producers in Asia, though a spokesperson for the company said it was not related to the coronavirus outbreak.

As of Thursday, the number of people infected globally stood at more than 82,000, with more than 2,800 dead, according to the World Health Organization. While the vast majority most of the cases and infections have been within China, and particularly around the central Chinese city of Wuhan, significant outbreaks have also occurred in South Korea, Italy and Iran.

Several drug companies, such as Moderna and Gilead Sciences, have rushed to develop vaccines and drugs against the virus.