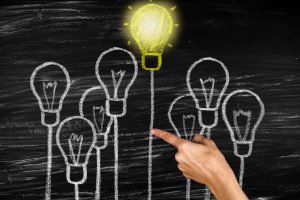 Wells Fargo, as you know, is still suffering from some unpleasant after effects of its little unauthorized accounts scandal. It turns out, however, that the revelation of that sales strategy was not just unwelcome news to John Stumpf (and, later, Tim Sloan), but also to the people running Fifth Third Bank, which was also allegedly doing some unauthorized account opening according to the Consumer Financial Protection Bureau, whose sole remaining job is apparently to police this one very specific offense.

The CFPB said Cincinnati-based Fifth Third knew for years that employees were opening unauthorized accounts but didn’t do enough to monitor or adjust sales goals and incentive-based compensation programs to discourage the behavior…. Branch employees were given sales goals and sometimes told their jobs depended on their ability to meet them, the CFPB alleged in the lawsuit…. The CFPB said Fifth Third employees opened unauthorized accounts until at least 2016.

Why, that was shortly before they hired this fan of lower regulatory standards as their chief legal officer. Fun!

Anyway, whoever took over for Jelena McWilliams has had a look-see, and would like to make clear this all much ado about nothing, certainly nothing akin to whatever was going on over at Wells.

Fifth Third called the allegations “unnecessary and unwarranted….” The bank said its own investigation had turned up fewer than 1,100 false accounts out of 10 million accounts opened between 2010 and 2016.

“These accounts involved less than $30,000 in improper customer charges that were ultimately waived or reimbursed to customers years ago,” Fifth Third said. “While even a single unauthorized account is one too many, we took appropriate and decisive action to address each situation.”