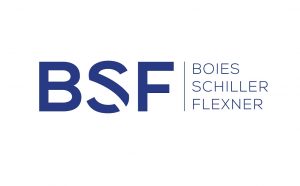 It must suck to announce to the world “we’re making major changes” and still having to deal with a constant drumbeat of stories sharing deep concerns that the firm might be changing. It seems like every time a group of partners leaves Boies Schiller, the accompanying media write-up frets that this might be the product of some sort of financial trouble brewing for the firm, or a calculated lateral raid by peer firms, or some kind of rejection of David Boies himself.

Here’s a radical thought… maybe it’s because they told you this was going to happen from the start.

In the latest iteration of Chekov’s Departure Memo, 15 California-based attorneys announced that they’re leaving the firm, resulting in stories characterizing the lawyers “defecting.” Indeed “defect” is the most popular term when it comes to covering Boies Schiller — you see it here, here, and in here… as legal journalists, we really need a thesaurus. But digging deeper, most of the attorneys in this move are products of the 2017 tie-up with Caldwell Leslie & Proctor, which would make them fairly likely candidates to move on if the stated goal of the firm’s new leadership is to scale back and bring the firm back to its core.

Which is exactly what the firm’s managing partners, Natasha Harrison and Nick Gravante, have been saying out loud for a while now. “With 350 litigators it was difficult to be a firm that limited itself to only the best and most important matters,” Gravante told the Financial Times. Over the years, the firm has built an eclectic group of partners seemingly tied together only by the fact that they’re all talented. And while that’s been true within the big city offices, it’s also the big reason why the firm has outposts in places like Albany and Hanover, New Hampshire. It’s somewhat to be expected of a firm with a well-known entrepreneurial comp structure — when pay is so heavily eat-what-you-kill it can create a “gathering of fiefdoms” where everyone’s off doing their own thing without a unifying vision. As the firm grew, it left you wondering whether it was trying to craft itself as a DLA Piper with offices everywhere and prepared to take on matters great and small or a Williams & Connolly with a narrow focus on the most high impact of cases. There are merits to both approaches, but in the end a firm needs to choose.

That’s not to say that the firm isn’t losing incredibly talented attorneys, but feeding that many mouths requires a lot of far-flung work for a firm that doesn’t have a transactional arm generating a steady flow of cash. While it’s potentially the biggest and most consequential litigation of the next few years, the fight for pandemic insurance coverage isn’t going to support everyone on the BSF roster, but it’s the fight the firm wants to be in. That’s the brand.

It feels as if attorneys with more routine business litigation portfolios that fit within the confines of traditional Biglaw firms are seizing the opportunity to decamp for there, while the attorneys focused on — no-pun intended — David and Goliath insurance fights with far-reaching repercussions for the economy are staying. In fact, if this is what’s happening, we shouldn’t be shocked to hear of more departures before all is said and done. Everyone’s just flowing to where their books are best served, which isn’t cause for concern on anyone’s part.

Considering the alternative interpretations of these moves getting tossed around, this makes the most sense. “Financial trouble brewing at the firm”? We can’t go 10 minutes without another report of a layoff or pay cut, meanwhile Boies Schiller is still running its summer program, hasn’t laid people off, and hasn’t cut compensation. “Calculated lateral raid”? It’s not like when Morgan Lewis swiped 75 percent of Bingham’s partners. The folks leaving BSF are going to a wide variety of firms. “Rejection of David Boies”? This is the weirdest theory being bandied about. The American Lawyer story tosses in a non-sequitur about a New York Times article about Boies’s work going after Jeffrey Epstein as if that’s why the firm has new managing partners and suggests the California lawyers — who reportedly had issues meshing their business with BSF’s rates — were unhappy with the firm having represented Harvey Weinstein in the past, which seems a gratuitous jab since the Weinstein stuff came to light almost three years ago at this point. Theranos has been defunct for two.

Look, Boies Schiller has lost a lot of attorneys. But instead of trying to read some deep meaning into individual lateral moves, maybe consider that what’s happening is “that thing they said was going to happen.”