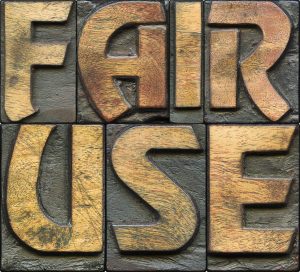 As part of its copyright reform, South Africa plans to bring in a fair use right. Despite the fact its proposal is closely modeled on fair use in American law, the copyright industry has persuaded the US government to threaten to kill an important free trade deal with South Africa if the latter dares to follow America’s example. If you thought only US copyright companies were capable of this stunningly selfish behavior, think again. It seems that the European copyright industry has been having words with the EU, which has now sent a politely threatening letter to the South African government about its copyright reform (pdf). After the usual fake compliments, it gets down to business in the following passage:

we once again regret the foreseen introduction in the South African copyright regime of provisions relating to fair use in combination with an extensive list of broadly defined and non-compensated exceptions. This is bound to result in a significant degree of legal uncertainty with negative effects on the South African creative community at large as well as on foreign investments, including the European ones.

Invoking “uncertainty” is a standard ploy, already used back in 2011 when the UK was considering bringing in fair use. It is manifestly ridiculous, since the US provides a shining example of how fair use does not engender any terrible uncertainty. America also offers a rich set of legal and commercial experiences others can draw on when they implement a fair use right. Here, “uncertainty” is just a coded way of threatening to withdraw investment in South Africa. It’s an empty threat, though, since US history shows that fair use encourages innovation, notably in the digital sector, for which investors have a huge appetite. The EU letter goes on to tip its hand about who is behind this whining:

The European right holders continue expressing their concerns to us in this regard as they have done during the consultation period. All creative sectors in the EU, film industry, music and publishing industry have pointed to the possibility of revisiting their investment plans in South Africa due to these concerns. Other sectors, such as those which are high- technology based, could also suffer as a result of legal uncertainty created by the new regime.

That last sentence is revealing. If the digital sector had actually expressed its fears about “uncertainty”, you can bet that the EU would have mentioned it as a serious issue. Since it is framed as “could also suffer as a result”, we know that this is just the EU’s hypothetical. It is an attempt to get around the awkward fact that high-tech companies love fair use in general, since it gives them far more scope to try out exciting new ideas. It’s sad to see the EU slavishly doing the bidding of copyright’s digital dinosaurs, and joining with the US in the unedifying spectacle of bullying a small nation trying to modernize its laws.

AT&T CEO Steps Down After Bungled, Megamerger-Fueled TV Failure
Hard Pass: Clearview Offers To Help Out With COVID-19 Contact Tracing
How Can Anyone Argue With A Straight Face That China’s Approach To Speech Online Is Better Than The US’s During A Pandemic