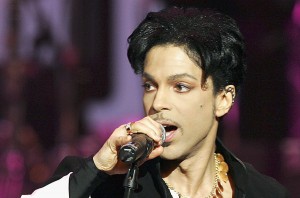 Prince’s estate administration just got a lot more crazy. The icon died intestate in 2016. His estate is still not settled. His heirs are his next-of-kin, his six siblings (including one, Alfred Jackson, who died last summer). Since Prince’s death there has been much litigation as to control and management of the estate, which is estimated to be worth between $100 million and $300 million, in addition to valuable royalty rights.

Jackson’s death has had a significant effect on the Prince estate administration. Prior to his passing, Jackson had signed most of his interest in Prince’s estate to Primary Wave. Primary Wave is a talent management, entertainment and digital management company. Primary Wave also invests in music publishing. Recently, Primary Wave made news by acquiring 70 percent of music group Air Supply’s royalty income stream.

As a result of Primary Wave’s acquisition from Jackson, it wants to be considered an heir of the Prince estate. This could affect the management of the estate. Some of Prince’s other heirs are objecting.  Jackson died soon after signing over his interest to Primary Wave. Some suggest that he has mental issues. Tyka Nelson, a sister of Prince, also made a deal with Primary Wave.

It gets even more complicated. Jackson left a last will and testament wherein he left the reminder of his share in Prince’s estate to Raffles Van Exel, a Dutch entertainment consultant. Jackson’s family is contesting the last will and testament. Van Exel is famously known for being friends with Whitney Houston and Michael Jackson.

Administering an estate of Prince’s size and complexity is expensive. Court documents reveal that Comerica, the bank administering the estate, has received $1.5 million in fees. Attorneys have also presented bills or asserted liens in the hundreds of thousands of dollars. The family is waiting for the estate to be finalized so that they may receive their monies. In selling his interest in Prince’s estate, Jackson wanted to raise cash so that he could enjoy the money sooner. Unfortunately he passed away shortly after making the deal.

Sometimes estates are complicated by the death of beneficiaries during the administration period. If an heir or a beneficiary dies during the estate administration, her respective estate will receive the first estate’s share. Therefore, if an heir leaves her own last will and testament, the beneficiaries under her last will will inherit from the first estate. If an heir dies without a last will, her heirs will divide her share in accordance with the laws of intestacy. Last wills generally have survivorship clauses so that in order to receive a bequest from an estate, one has to survive the decedent by a set number of days. This helps to effectuate a testatrix’s intent, by ensuring that the assets will go to her beneficiaries as opposed to her beneficiary’s beneficiaries.

Prince’s estate has had its share of complexities from valuation issues, to identifying heirs, to costs. The most recent issues pertaining to Alfred Jackson can be directly linked to the tremendous costs and times associated with the estate administration. The beneficiaries of an estate, no matter how large it is, are often faced with money and time challenges as they attempt to navigate the various issues arising from the decedent’s death. For certain, had Prince executed a last will and testament, many of these issues could have been mitigated.