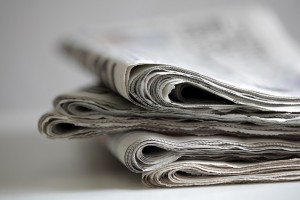 Nicholas Sandmann, the Covington Catholic kid who is suing major media outlets for hundreds of millions of dollars for pointing out that he wore a MAGA hat and then honestly explaining to the audience what a MAGA hat means, managed to convince CNN to settle yesterday for undisclosed terms and, folks, there were a lot of takes to be had on the social media. Whether or not you believe Sandmann has a real case against the media outlets who covered the story — and it’s sufficiently weak that the majority of his claims have already been laughed out of court — the real lesson of yesterday is that nobody seems to understand what a settlement means.

They brutally smeared him & tried to destroy his life

Will the Media cover this admission of guilt as extensively as they covered the lies about Sandmann?

If you attacked Nick Sandmann, and don’t apologize now that CNN has crumbled, you are total trash.

Alas a settlement is, generally speaking, not an admission of “guilt” and admitting liability wasn’t a term of this settlement. Nor is it “crumbling” to pay a rumored $25 million to avoid an unpredictable trial and a discovery process that — even if CNN’s communications were innocent — would be selectively leaked and contextualized to make the network look bad. It’s better for the freedom of the press to have had this fight out in court, but CNN’s business decision is understandable. This is why an exception to the American Rule that placing the burden of a defendant’s legal fees on a plaintiff if they unsuccessfully bring a claim implicating a constitutional right could do wonders for outlets facing frivolous, wildly inflated defamation claims funded by shadowy interests hoping to simply outlast cash-strapped publications.

Sandmann’s sued many more outlets… will they follow CNN’s lead? If they do, it’ll be less about which publications think Sandmann is right, and which have financial concerns — real or artificially enforced by outside management — outpacing journalistic impulses.

But I digress. The point is that idiots out there don’t understand what a settlement is and as troubling as it is to think the three stooges quoted above don’t grasp basic legal concepts, the really scary part is that they probably do. Charlie Kirk’s had to talk to lawyers before… he must know what’s up. The dog and pony show they drag out on social media isn’t about their ignorance as much as it’s a reflection of how they see their audience. They know their uneducated and intellectually lazy fans will sop up whatever disingenuous take they can spin up to show the libs getting owned. It’s a conscious disinformation campaign and trying to make Americans stupider shouldn’t be something a major party celebrates.

Or maybe these guys are just f**king stupid too. That’s the more comforting solution.