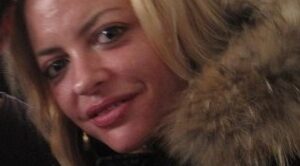 Elizabeth Wurtzel (photo by me, taken at a party I hosted years ago)

Elizabeth Wurtzel, the celebrated writer who skyrocketed to fame with her 1994 memoir, Prozac Nation, passed away today at a hospital here in Manhattan. As her husband, Jim Freed, told the Washington Post, the immediate cause of death was leptomeningeal disease (cancer spreading to the cerebrospinal fluid); the more long-term cause was breast cancer, which Wurtzel had struggled with over the years. She was 52.

Wurtzel became famous for her writing — Prozac Nation, two other books, numerous magazine and newspaper pieces — but as longtime readers of Above the Law know, she was also a lawyer. She graduated from Yale Law School and worked for a time with David Boies, her mentor in the legal world, at Boies Schiller Flexner.

I got to know Elizabeth through writing about her for ATL. Our coverage of her was not always adoring — for example, we covered her failing the New York bar exam (which she subsequently passed) — but she took it all in stride. To be honest, I think part of her just enjoyed the attention.

At some point over the years, we became friends. Elizabeth had great confidence (critics might call it arrogance), as well as a certain elitist streak, and I think she appreciated the fact that we shared two prestigious alma maters.

I’m embarrassed to admit that we were not in touch at the time of her death (and I had no idea she was sick again). When I last saw her, over dinner at an Italian restaurant near her apartment that she frequented, she was in good health and fine form. She shared with us, as only she could do, the remarkable story about her family that she subsequently turned into a buzz-generating New York Magazine essay.

It’s always difficult to write about a complicated person after their passing — and it’s even more daunting when that person was, like Elizabeth Wurtzel, an acclaimed memoirist. When I learned of her death this morning, I tweeted out a few descriptors — “fiercely intelligent, frequently infuriating, forever inimitable” — but the best authority on Lizzie Wurtzel was, well, herself.

I like how her longtime friend, the writer David Samuels, described her to the New York Times: “Lizzie’s literary genius rests not just in her acres of quotable one-liners, but in her invention of what was really a new form, which has more or less replaced literary fiction — the memoir by a young person no one has ever heard of before. It was a form that Lizzie fashioned in her own image, because she always needed to be both the character and the author.”

And Lizzie often needed to be the center of attention — a quality not uncommon among memoirists, but one that sometimes made her exhausting to hang out with. She was extremely opinionated — and often right, but no less opinionated when not. She didn’t always show the best judgment — again, something she openly admitted in her writing — and found herself in constant scrapes. (David Boies was not just her boss and mentor, but also her frequent white knight; as Elizabeth marveled to me on more than one occasion, he rode to her rescue numerous times over the years, never one to abandon a friend in need.)

As she would be the first to admit, Elizabeth Wurtzel was not a perfect person — but her great qualities lie beyond dispute as well. She was brilliant and beautiful, which was what first made her famous, but she was also, on a more personal level, compassionate and courageous — reflected in how bravely she handled her fight with cancer, which she memorably described as, “like many things that happen to women, mostly a pain in the ass.” She used her public platform and powerful voice to raise awareness about breast cancer and to advocate testing for the BRCA genetic mutation, aka “the breast cancer gene.”

Although she will be most remembered for her writing, Elizabeth Wurtzel exhibited two qualities that we seek from lawyers at their best. First, she had a formidable intellect, including an ability to think outside the proverbial box and challenge conventional wisdom — something she always had, but honed while working for Boies.

Second, and most importantly, she had a strong sense of fairness and a passionate commitment to justice. Few things could get her more exercised in conversation than perceived unfairness or injustice. The case she worked on the most at BSF involved seeking justice for a family whose son was killed by terrorists — terrorists who were, the suit alleged, funded by proceeds laundered through a major bank.

Elizabeth Wurtzel will be missed by many in the legal as well as literary community. Lizzie, rest in peace.

David Lat, the founding editor of Above the Law, is a writer, speaker, and legal recruiter at Lateral Link, where he is a managing director in the New York office. David’s book, Supreme Ambitions: A Novel (2014), was described by the New York Times as “the most buzzed-about novel of the year” among legal elites. David previously worked as a federal prosecutor, a litigation associate at Wachtell Lipton, and a law clerk to Judge Diarmuid F. O’Scannlain of the U.S. Court of Appeals for the Ninth Circuit. You can connect with David on Twitter (@DavidLat), LinkedIn, and Facebook, and you can reach him by email at dlat@laterallink.com.