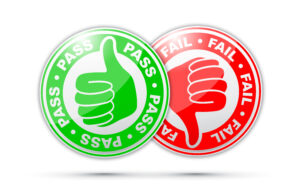 The law school pass/fail bandwagon is officially pulling out of the station! Amid the movement of law schools to online education, students are, perhaps rightly, concerned about the potential impact on their GPAs.

And it makes sense. Professors are certainly doing the best they can, but they had little warning or opportunity to prepare for taking their classes online. Students are also trying to make it work, but their study environment has been blown to hell, and even for the most dedicated student, a pandemic makes for a shitty backdrop for academic excellence.

Law schools, well, some of them, have responded by taking the pressure off. Stanford Law School, Harvard Law School, University of Michigan Law School, UC Berkeley School of Law, and Cornell Law School have all moved to some version of a pass/fail option. The programs differ by school — for example Michigan and Harvard allow students to opt into pass/fail grades — but the message is clear, the spring 2020 semester is unlike any other.

Berkeley Law dean Erwin Chemerinsky said the pass/fail system was the “fairest, most compassionate, and most equitable” way to deal with the upheaval surrounding COVID-19. Stanford Law dean Jenny Martinez announced that law school was moving to a “mandatory pass” basis for the quarter on the day the Bay Area shelter in place order was given, saying:

In light of the fact that some people have already taken exams over the last few days, some are in the middle of taking an exam today as this news is breaking, and others may now have weeks more to study, with substantially different disruptions in the next two weeks based on whether people are staying here on or off campus confined to their rooms or apartments, traveling to other parts of the country or globe in the next few days, etc., all exam classes for Winter Quarter will be graded on an MP basis.

But there is a potential downside to the move. As Gavin White, global hiring partner at Skadden, told Law.com, this will likely impact the summer associate opportunities students will have:

“Unless we change the timetable for hiring, you are hiring off of one semester of grades,” he said. “That probably hurts the students who have a less-than-stellar first semester, but otherwise would have been able to show an improvement for the second semester. They are sort of being robbed of that opportunity. That’s something we look at at—particularly students who don’t come from a privileged background may have a slower start at law school, but they figure it out in the second semester.”

Your heart really has to go out to students who find themselves in this lose/lose situation. And it’s something Cornell Law recognized when they made their announcement moving to the pass/fail system:

“We do sympathize with those students who would have done better in second semester than first, but we cannot accommodate that concern without incurring still greater costs,” the memo reads. “We hope to mitigate the harm somewhat by including a notation on transcripts and not calculating cumulative rank at the end of the current academic year.”

But White suggests there is another way to deal with the dearth of grading information:

“If you only have one semester of grades, it’s hard to get a meaningful and realistic assessment of someone’s academic performance,” White said. “What I would really like to see is schools move on-campus interviews into January and February, where we would have 2L fall grades.”

But that seems to be the opposite of the on-campus recruitment trend. Law schools, particularly elite ones, seem to be falling all over themselves to give students an even earlier opportunity to interview with Biglaw firms. And with the National Association for Law Placement’s (NALP) new hands-off position on recruitment, it’s unlikely we’ll see such a massive change to the overall system.