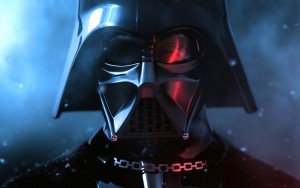 As the world awaits the premier of “Star Wars: The Rise of Skywalker” we are reminded once again of one of the franchise’s enduring themes: the replacement of human beings by technology and robots. Whether or not the “Star Wars” droids replace or assist people, it is clear that technology’s integration into society, in a galaxy however far away, speaks to our collective, cultural trajectory.

Technology has crept its way into the legal world in many, often helpful ways. In many jurisdictions, tomes of land records are available online and may be located with a few clicks. Contracts can be electronically signed. Closings happen remotely. At an even more basic level, word processing and computers have made writing agreements and other legal documents immeasurably more efficient. Typewriters and dictation machines are mostly a thing of the past. Similarly, electronic legal research has made writing briefs less painful.

Trusts and Estates is a field of law wherein technology has not yet completely taken over. While several jurisdictions accept electronic filing of probate documents with the Court, the electronic signing of last wills and testaments is not universally accepted. In fact, the idea is often met with wariness.

When signing a last will and testament, depending on the state, the execution ceremony includes a testator’s series of statements indicating to the attesting witnesses that one is able to converse in the English language, one does not suffer from any incapacity and one is not under undue influence. The reason for the recitation is not only to confirm one’s testamentary wishes, but to dissuade future individuals from contesting the document. The witnesses, at least two people in the same room as the testator, often sign an affidavit, before a notary, attesting to the testator’s capacity and general disposition during the signing. Many practitioners make it a point that the testator, witnesses, and notary all use the same pen, so as to demonstrate that all were around the same table at the same time.

In recent years, there has been a movement to depend less on attorneys and the in-person executions traditionally associated with a last will signing in favor of an electronic ceremony. The Uniform Law Commission — a nonprofit association — has established the Uniform Electronic Wills Act, which  endorses the execution of electronic wills. Seemingly the impetus for recognizing electronic wills instead of written ones is to make execution of the document more affordable, accessible, and easy. Many avoid executing this important document because of price, time and inconvenience. Although software programs have existed for years to assist in writing one’s own last will, new electronic will legislation allows a testator to execute the document using an online notary, witnesses who may not be present in the same location, and encrypted technology.

As a practitioner who sees abuse among the elderly and impaired in the form of undue influence and diminished capacity, executing last wills in front of a computer screen without any attorney oversight is concerning. Having an attorney supervise the process from initial consultation to will execution insures that the true intent of the testator is relayed in the testamentary document. There is a reason why many jurisdictions hold a presumption that a last will and testament supervised by an attorney is duly executed. There is a reason why attorneys follow a specific ritual when supervising the execution of a last will. Further there are reasons why attorneys keep copious notes about meetings with clients. While attorney-supervised wills can be contested, a will executed without an attorney involved is certainly worthy of additional scrutiny. For younger clients, the concerns may be different. Estate planning attorneys are trained to ask pertinent and specific questions that self-drafting programs  may not address, such as children with special needs, disinheritance, tax, and contingency clauses.

The State of Florida’s electronic will statute takes effect on January 1, 2020. According to the Florida statute, the online notary asks the testator the prescribed questions that an attorney in-person would inquire, including, who is present in the room, whether the testator is under the influence of alcohol or drugs, and whether the testator is being unduly influenced. The notary electronically notarizes the last will and corresponding record.

This new law is not without concern. In 2017, former Gov. Rick Scott vetoed a prior bill authorizing electronic wills because of concern as to the safety of the testator as compared to convenience. In this instant law, a provision disallows vulnerable adults as defined in F.S. 415.102, to electronically execute a will. Postmortem litigation as to whether a testator was a “vulnerable” person under the law is likely to ensue.

As with any industry, the introduction of technology can cause some fear, anxiety and maybe even confusion. As practitioners, our challenge is to cautiously explore new ideas and act efficiently for our clients, all while zealously advocating for them. These are lessons we learn from Star Wars as Princess Leia pleads to her human advisor, “Help me, Obi-Wan Kenobi. You’re my only hope,” albeit through the holographic technology of a droid, R2-D2.