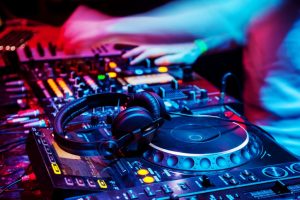 One thing I admit to not fully grasping is how people get paid millions to make music. Most of the musical artists I know are of the starving variety. I’ve heard and seen many a brilliant showtimes in a New York train (station) and I damn sure don’t use YouTube Premium — how the hell are people getting bankrolled to do runs? Outside of the obvious concert tickets and merch, a good deal of it looks to come from streams. And by a good deal, I mean Dr. Evil levels of money.

Some profound battles await. The first will take place just after Labor Day in the shadowy recesses of the Library of Congress—“some conference room,” one insider tells me—where the three judges of the Copyright Royalty Board (one still has to be appointed) will oversee a trial and decide what percentage of revenue from Spotify, Apple Music, Amazon Music, Pandora, and YouTube will head to music publishers for a five-year period between 2023 and 2027. After many years of litigation that included an appeal up to the D.C. Circuit, these streamers were recently told to pay 15.1 percent for the five years between 2018 and 2022, and now the music publishers are shooting for 20 percent while the streamers want to take it back to 10.5 percent. That’s a huge difference—$7.8 billion to be exact, according to calculations by the National Music Publishers Association. It’s more than total song publishing revenue this past year.

Thanks to one big change in the Music Modernization Act, this is a whole new ballgame that has both Big Tech and music industry veterans essentially fighting over the existential value of music in our society.

That is an absurd amount of coin! When I read that Biden’s antitrust folks were going to go after some big hitters, I had Amazon, Facebook and whatever the next iteration of Martin Shkreli will be on the mind. I did NOT have Spotify on the bingo board. That said, the public good needs goodin, and it is nice to know that folks are still on the job making sure that artists get their fare shake of the record spins.

“These bespoke proposals are not good faith attempts to craft reasonable rates and terms for the national marketplace for 2023 through 2027,” states the memorandum from copyright owners. “They are each Service’s attempt to get favor, a calculated trade off of spending tens of millions on legal fees to procure a soft spot in the rates and terms they can exploit for hundreds of millions. Each and every Service proposal contains multiple terms that are purposely opaque and amount to ticking time bombs designed to obliterate reasonable royalties.”

Much like Frank Ocean’s next album, I do not know what to expect, nor when more information will be released. But I will be waiting. At least I’ll try to. I’ve never been known for my self control.

The second thing I’ll admit is that I don’t really get how compound interest works.

The $7.8 Billion Music Case of the Century [Puck]