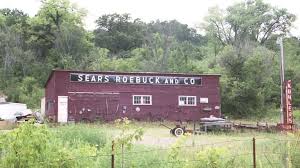 The coronavirus pandemic has been particularly hard on troubled retailers, and there’s hardly a more troubled retailer than Sears. But for the unceasing, incomprehensible and, it must be said, ghoulish and tortuously perverse loyalty of one Edward Lampert, it would already be dead. Certainly, it’s among the most vulnerable of populations to infection by COVID-19, ready, it would seem, to join J. Crew, J.C. Penney, Neiman Marcus, Stage Stores, Pier 1 and Dean & Deluca in the ICU.

But it hasn’t—yet—in part because Lampert, in typically diplomatic fashion, has allegedly kept it well-quarantined from all of the clothes he had made for it in Bangladesh, which hasn’t been having the best pandemic to begin with.

The suppliers have been informed by Transformco’s shippers that “the buyer has abandoned the cargo,” the lawyer’s wrote in a letter, seen by Apparel Insider, to Transformco. “The carriers are now threatening to sell or destroy the goods….”

Transformco, the lawyers added, has “now led the suppliers over a financial cliff that has jeopardized their businesses and impacted the jobs of thousands of their employees” who face “severe hardship and even starvation” due to what they call a “breach of contract.”

That’s right: This wouldn’t be an Eddie Lampert/Sears story if it didn’t involve a lawsuit and a possible bankruptcy.

The parent company of Sears Holdings has been threatened with legal action after allegedly refusing to settle more than $40 million of outstanding debt with its garment suppliers in Bangladesh…. They further claim that following Transformco’s acquisition of Sears in January 2019, the company’s executives, abetted by third-party sourcing agents such as Triburg Consultants and Li & Fung, “induced suppliers around the world to extend millions of dollars of trade credit….”

Transformco has been given till June 8 to respond. If the matter continues to be unresolved, the lawyers say their clients may seek Transformco’s involuntary bankruptcy for non-payment of debts.