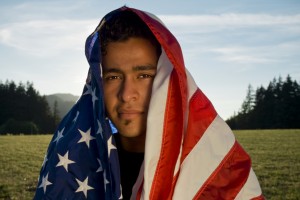 Yesterday, the Justice Department announced the formation of a new section to enforce the president’s MAGA agenda. The Department’s Civil Division will now house a dedicated Denaturalization Section, working to strip American citizenship from “terrorists, war criminals, sex offenders, and other fraudsters.” The government needs full-time staff for all the people we’re going to be chucking out of the country.

“While the Office of Immigration Litigation already has achieved great success in the denaturalization cases it has brought, winning 95 percent of the time,” reads the DOJ press release, “the growing number of referrals anticipated from law enforcement agencies motivated the creation of a standalone section dedicated to this important work.”

“When a terrorist or sex offender becomes a U.S. citizen under false pretenses, it is an affront to our system—and it is especially offensive to those who fall victim to these criminals,” Assistant Attorney General Jody Hunt announced. Which certainly makes it sound like they’re going after scary bad guys, to keep Americans safe.

Except most of the time, they aren’t.

Operation Janus, the denaturalization task force partnered with Citizenship and Immigration Services (USCIS), has combed databases to revoke American citizenship from people who pose no danger whatsoever to their communities.

People like Norma Borgono, a 64-year-old grandmother living in Miami for the past 30 years. The Complaint to Revoke Naturalization against her alleges that, “Between at least April 2003 until May 2009, Defendant conspired to obtain more than $24 million in fraudulent loan transactions from the U.S. Export-Import Bank (“Ex-Im Bank”).”

But according to The Miami Herald, Borgono was a secretary making $500-a-week, who helped her boss prepare fraudulent loan applications, testified against him, and took a plea deal.

Working two jobs, she paid off her restitution and was relieved of her sentence early. Two years after she put it all behind her, Borgono received the letter notifying her that the U.S. government wanted to take away her citizenship.

The stated reason was that Borgono became a U.S. citizen after the fraud scheme started. Although she had not yet been charged when she applied for citizenship, the Department of Justice is now arguing that she lied by not divulging her criminal activity on her application.

“Had the threat to her citizenship been brought up,” during the original case, Borgono’s daughter, Urpi Ríos, told The Herald, “we would have gone to trial or found some way to fight it.”

The Justice Department’s press release trumpets its successful denaturalization of Guillermo Mondino, Borgono’s boss, for “conspiring to defraud the U.S. Export-Import Bank of more than $24 million, resulting in more than $12 million in unrecovered losses.” It fails to mention the ongoing effort to rid this nation of his secretary, a church-going abuela with kidney problems who never pocketed a cent from the scheme.

No one is unhappy that Sammy Rasema Yetisen aka Rasema Handanovic aka Zolja was denaturalized because she failed to disclose that she had been part of a firing squad that executed six Bosnian Croat civilians in 1993. But we managed to do it without a Denaturalization Section. And, unless the feds are expected a wild upswing in undiscovered terrorists and sex traffickers in our midst, the “growing number of referrals anticipated” will probably look more like Norma Borgono than Sammy Yetisen.

With his travel bans, fearmongering about scary caravans of brown people storming the border, declarations of a national emergency as justification to raid military funds for his border wall, and weekly lists of immigrants convicted of crimes, Trump has done everything he can to stoke fear of the OTHER. And there’s no reason whatsoever to see this new Denaturalization Section as anything but a continuation of these racist, xenophobic policies. Particularly when Bill Barr just announced that he would be looking into state prosecutors who “undercharge” defendants to avoid making them deportation-eligible.

What’s the opposite of “benefit of the doubt?” Because this administration has definitely earned it.