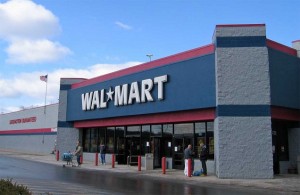 What would American corporations do without Jones Day to put in a good word with the higher ups at the Justice Department? It would be pandemonium if those pesky U.S. Attorneys were allowed to just prosecute every Fortune 500 company that broke the law, right? Thank goodness we have such a well-connected firm to perform the valuable public service of protecting shareholder bottom lines. Why, it’s almost like pro bono work!

Take a break from your COVID-19 panic attack to read ProPublica’s wild piece on the Eastern District of Texas’s two-year-long effort to hold Walmart accountable for dispensing millions of opioids, despite clear evidence that they were being illegally prescribed and likely diverted for resale. It features an especially unflattering cameo by former Deputy Attorney General Rod Rosenstein, who, when advised that a civil fine would be meaningless to a company like Walmart with unlimited cash, quipped, “Not that there’s anything wrong with that, we are all capitalists here.”

Then he told them to lay off corporate, and see if they could indict some poor schlub in middle management. But when the Texas USAs tried to prosecute a “mid-level Walmart manager,” political appointees at Main Justice blocked that, too,

“You have a whopper of a civil case,” said former Kirkland and Ellis partner Brian Benczkowski, who has never actually tried a case in court, but is somehow the head of the DOJ’s Criminal Division. But after Jones Day’s intercession, the civil case was eighty-sixed, as well. It’s good to have friends in high places!

The case started back December 2016, when the DEA raided a Walmart in McKinney, Texas pursuant to an investigation of two pain management doctors, Howard Diamond and Randall Wade, for drug trafficking.

Walmart pharmacists had been sounding the alarm about Diamond for more than a year.

“We are all concerned about our jobs and about filling for a pill mill doctor. I’m in my 29th year with Walmart and have never had a situation this bad with a doctor,” one pharmacist wrote to corporate in Febraury, 2015. “Other chains are refusing to fill for him which makes our burden even greater. Please help us.”

That same month, another wrote, “Doctor Diamond is a problem and a liability on us… Filling for him is a risk that keeps me up at night. This is a serious situation.”

Indeed, Kroger, CVS, Walgreens, Target, and RiteAid had all blocked his patients from filling prescriptions at their stores. But Walmart continued to insist that there could be no blanket ban on individual prescribers, and pharmacists had to take twenty minutes to fill out a form rejecting individual prescriptions on a case by case basis. So Walmart didn’t ban Wade until November 2016, a month after he was indicted, and held off on banning Diamond until March of 2017. By then, Walmart had dispensed 2.2 million doses of controlled substances, averaging 21 prescriptions per day for the two doctors together, between 2011 and 2016.

In the spring of 2018, the Eastern District of Texas informed Walmart that it intended to bring a criminal action, and Jones Day swung into action. It was ugly from the jump.

According to two people familiar with the prosecution, [AUSA Heather] Rattan told the Walmart side that the company should feel embarrassed by its conduct. Walmart would portray it differently, claiming that Rattan said her goal was “to embarrass Walmart” with a criminal indictment. (Walmart’s account is captured in a letter of complaint [Jones Day partner Karen] Hewitt sent the next month to Deputy Attorney General Rod Rosenstein.)

Walmart’s attorneys accused the DOJ of using the threat of criminal prosecution to extort a huge civil fine. And Jones Day wasn’t above working the refs, either, sending a letter to Benczkowski in August complaining that prosecuting Walmart, a company which took in $514 billion in 2019, was somehow an attack on the poor and elderly.

The letter argued that a conviction could harm “millions of low-income and elderly citizens” who rely on federal programs for food and medicine. A convicted corporation might not be permitted to participate in those programs any longer. She outlined what she said were Walmart’s “remedial” measures to become “an industry leader in the Nation’s fight against the opioid crisis.”

Soon after, an official in the deputy attorney general’s office called Brown and told him to halt the Texas office’s criminal investigation, according to five people familiar with the investigation.

The company made similar work of the civil claims. Three guesses which company’s name is behind that black redaction bar in this excerpt from the resignation letter of EDTX’s civil division head Josh Russ.

The whole article is bonkers, and if you need to spend 20 minutes not thinking about coronavirus — and you know you do! — you should read it.