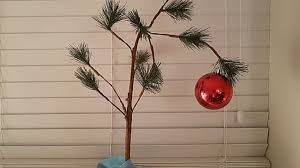 If you’re a York Capital Management or Southpaw Asset Management investor and were planning to use your year-end redemption check to pay for that Tesla wrapped in a bow or your weight in caviar or your new wife’s new assets, you might want to pull some boxes from under the tree and return them to Amazon.

York, founded by Milwaukee Bucks co-owner Jamie Dinan, told clients in a letter Thursday it was suspending redemptions from its nearly $2 billion Credit Opportunities fund for the year-end period and that it planned to start unwinding the fund…. The $1.2 billion Greenwich, Conn.-based Southpaw told clients in a letter earlier last week it plans to return 55% of the money they requested back for year-end. That figure doesn’t include money investors requested that the firm is tying up in a so-called “side pocket.”

On the other hand, investors in Mick McGuire’s Marcato Capital Management may be getting their money back sooner than they thought. What little is left of it, anyway.

Richard McGuire, the firm’s founder and portfolio manager, began telling investors of his decision to return outside capital late last week, and expects to send the money back quickly because the portfolio is now largely in cash, the sources said on condition of anonymity…. At its peak, Marcato managed roughly $3 billion in assets, but assets have now shriveled to a few hundred million, one of the sources said.