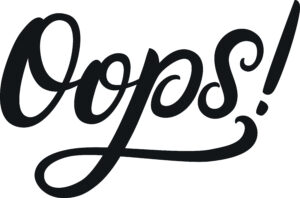 It’s a hard world out there and you have to take your moments of levity wherever you may find them. In this instance, it’s in the middle of the very serious case of the former Judge Carlos Murguia. This week, Murguia resigned from his position on the District of Kansas court after he had previously been reprimanded for “inappropriate behavior” after being accused of sexual harassment. It’s a downright bad situation that has sparked a lot of hand wringing over what can be done about harassment in the federal judiciary.

But there was one, albeit brief, moment in the whole mess that made me smile.

As sent to us by a tipster, here’s a screenshot of how the District of Kansas initially publicized Murguia’s resignation. Can you spot the problem?

Don’t worry if you missed it — it took me a hot second to see it too. Here’s a hint.

Ah yes, the glory of calling the president Drumpf. Sure, it’s a petty dig but I feel confident it is one Donald Trump hates. Now, we have no information on who used wrong spelling of the president’s name or if it was deliberate or merely a typo. And the tipster reports this version was taken down (along with, briefly, the whole website) and replaced with the correct spelling pretty quickly. But it is still a fun moment, and one I am glad we get to celebrate.