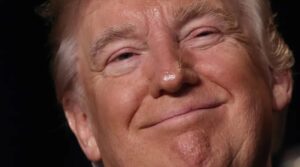 Last night the New York Times broke the news that the two outside lawyers brought in for the Manhattan District Attorney’s criminal investigation into Donald Trump had simultaneously resigned. Which means … well, who the hell knows what it means? But it certainly doesn’t make it more likely that this investigation is going to wind up with an indictment.

The departure of Carey R. Dunne and Mark F. Pomerantz, two highly respected white collar attorneys brought in by Cyrus R. Vance Jr. to shepherd the investigation through the grand jury, may reflect a lack of attention from Vance’s successor Alvin Bragg.

One person familiar with the situation said the new prosecutor took weeks to read memos Dunne and Pomerantz had prepared and didn’t meet with them for some time, even though the grand jury’s term was set to expire this spring. When they did meet, Bragg didn’t seem keenly interested, said this person, who like others spoke on the condition of anonymity to discuss internal deliberations in an ongoing investigation.

And the Times reports that Bragg’s tepid stance was starting to impede the investigation:

Without Mr. Bragg’s commitment to move forward, the prosecutors late last month postponed a plan to question at least one witness before the grand jury, one of the people said. They have not questioned any witnesses in front of the grand jury for more than a month, essentially pausing their investigation into whether Mr. Trump inflated the value of his assets to obtain favorable loan terms from banks.

So, while we don’t know anything for sure, we can safely assume that Bragg isn’t making this his highest priority, although his office insists that this description is inaccurate and the investigation is “ongoing.”

The District Attorney’s Trump unit was reportedly comprised of 25 lawyers and paralegals, including two attorneys seconded from Attorney General Letitia James’s office. Trump seized upon this staffing overlap to suggest that James was engaged in a de facto criminal inquiry, and thus her use of civil subpoenas to compel testimony from Trump and his family constituted an end run around the grand jury’s automatic grant of immunity.

Maybe there is some universe in which Bragg is deliberately backing off the criminal inquiry to give James more room to take the lead on the civil side, since there was significant overlap in their investigations.

My initial, outside the box theory is the DA decided jail time wasn’t happening & in that case it’s easier to get out of the way & let the NYAG pursue her claims. That obviously might be wrong but I’m trying to come up with some logical reason in the face of this evidence https://t.co/hZ249FN8oq

Whatever the real story, it appears there’s no love lost between Bragg and the recently departed lawyers, whose simultaneous resignation shone a spotlight on his handling of this hot potato of a case. A spokesman for Bragg’s office said that the District Attorney was “grateful for their service.”

No doubt he wishes them the best in their future endeavors. Somewhere far, far away.