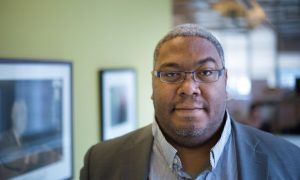 It was Latham & Watkins that made me the writer I am today. I won a contest to be the new editor of Above the Law on August 19th, 2008. On September 15th of that year, Lehman Brothers filed for bankruptcy and the Great Recession was upon us. By the new year, the effects of the collapse had reached Biglaw, and over-leveraged law firms started laying off associates.

Only many of them weren’t telling people they were laying off associates because the market collapsed. Instead, Biglaw wanted people to believe they were conducting “performance reviews” — reviews that just so happened to be the most aggressive ever seen in the industry, in January of all times — and they expected the legal press to repeat the press releases. Management expected that the associates disappeared during the turmoil would be written off as “dead weight” whose legal crappiness finally caught up to them. They expected the industry line to be repeated, uncritically, to the extent that anybody cared at all about how law firms were handling the “market correction.”

It wasn’t true, and I knew it. Well, most everybody knew it, but I was one of the only people empowered to broadcast the truth about what we dubbed “stealth layoffs.” Most of the firms who were laying people off and playing ignorant in the press were easy marks. I mean, I talked so much crap about Dechert I was worried about being out in public in Philadelphia for a while, but whatever, it was Dechert.

Latham was different. Latham was and still is a global powerhouse law firm. It has friends. I had friends working at Latham. Their press guy is one of the nicest and best people in the entire industry. Understand, Above the Law was much smaller back in 2009. When I got the job, I figured if “blogging” didn’t work out (and there was no actually good or reliable reason to think that it would “work out” for anybody other than Andrew Sullivan and Andrew Breitbart), my escape hatch would be to work press for a law firm. Those jobs are hard to get when you piss off management at a firm like Latham and freaking Watkins.

But, one of the things I’ve learned about myself while working for Above the Law is that my ability to self-censor was stunted when I was ten or eleven or something. I have just enough restraint to refrain from talking about poop in church. Beyond that, I have all of the inhibitions of a drunk uncle at Thanksgiving.

I published my Latham story on January 27th, 2009. I figured there was a non-zero chance I was going to get fired on the 28th. But, I wasn’t. And on February 27th, 2009, Latham came clean and admitted what it was doing (and came up with a pretty decent severance plan to boot).

When telling the truth works out, it creates a kind of cascade effect which leads to more truth. The truth tends to be more impactful than gossip, more interesting than conspiracy, and far easier to write about than lies. The truth is goddamned intoxicating, once you get a taste for it.

To me, that is the story of Above the Law: the cascade effect of bringing some measure of truth and transparency to the legal and law school industry.

It’s been an honor to work here and be a part of it. Most media types have endured the last decade painfully learning the limits of the truth. The truth seems insignificant when dissolved into the media-industrial complex of “both sides” (astute readers will note I haven’t been on TV in a while). The truth seems ineffective against dedicated efforts to lie and gaslight the public. The truth seems insolvent when Facebook controls the means of distribution. Above the Law has been a safe port in the storm (thanks to our advertisers) for the truth, and for me, during this decade of media disruption.

I can’t leave this amazing publication entirely. I’ll still be doing my podcast here. And, since we all know another recession is coming, don’t be surprised to see me pop up here if Biglaw is doing ill or if some diploma mill law school is trying to get people to “donate” a kidney as collateral on their third year of law school.

But, I will be leaving the day-to-day safety of Above the Law because, well, Brett Kavanaugh broke me. Sitting here and watching an alleged attempted rapist get installed on the Supreme Court — with the shocking support of most of the elite legal institutions, at least initially — while most of the mainstream media missed all the other ways that man is unfit to judge even the Rose Bowl parade, did something to my brain. I was in on the sordid dishonesty of Kavanaugh from the day he was announced as Anthony Kennedy’s replacement. I understood that, like Trump, Kavanaugh is not a cause so much as he is a symptom: in this case a symptom of the Federalist Society’s wholesale reduction of judicial credentials to “Republicans win always.”

Everybody who reads me here already understands what the Federalist Society is, and you’re either already doing what you can to stop them, or you are complicit in their takeover. I can’t tell you anything you don’t know, or anything some of you haven’t already shamefully accepted.

Thank you for reading me all these years. Like I said, I got this job via contest. You people voted me into this job. I can literally say “I’m only here because of you,” more so than nearly any other writer out here on these internets. Your validation created me. Sorry about that, Republican readers. If it makes you feel better, without you I’d probably be making a lot more money somewhere as a chief communications officer by now.