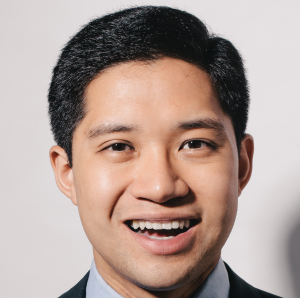 In eight days, it will be my sixth anniversary writing for Above The Law. But as most of you may know, David Lat announced that he tested positive for COVID-19 and was recently admitted into the ICU. So today, I want to write a reflective column on how David and I got to know each other over the past six years.

In the beginning of 2014, Above The Law published a casting call for new bloggers. I don’t remember much at that time other than generally feeling lost and uncertain that I wouldn’t know what I could contribute. I thought I could write about small firms, but I couldn’t in good conscience give advice on a very popular blog considering my practice was barely breaking even at the time even with a shoestring budget. And at the time, I was frustrated with solo practice and wanted to get a job instead. I needed an outlet for my frustrations and why not do it on the most popular legal blog in the country?

So on March 16, 2014, I sent David an email proposing a column about my job search and the dark side of solo practice that no one wants to talk about. I assumed that many prominent people would salivate at the opportunity to write for Above The Law so I didn’t have high hopes for a response. But a few days later, David got back to me and said that it would make an interesting column. After signing some paperwork and familiarizing myself with the blogging platform, Shannon Achimalbe was born.

I remember for the first few months, David would give me positive feedback (with the exception of one) on every column I wrote. I was very appreciative for his personal attention, although I sometimes wondered whether he was making sure I didn’t make a major blooper.

That fall, David said he would send me a copy of his novel Supreme Ambitions as a birthday present. I was delighted and hoped I would get an autographed copy in case he becomes the next John Grisham. But that didn’t happen since it came directly from one of Amazon’s warehouses. That’s fine. I figured I would get his autograph when we meet in person one day.

Since we lived in different parts of the country, David and I have met only a few times. We met at least twice in 2015 when he was in Los Angeles promoting his book. I remember one of those times. He and Alex Kozinski (a judge at the time) hosted a CLE event at the Ninth Circuit Courthouse in Pasadena. Our group got an opportunity to see some of the nonpublic portions of the court, including some of the judges’ chambers. One night, a group of us went out to dinner and a bar where the major topics of discussion were federal clerkships and Biglaw. Most of that discussion made me think about puppies, but I do remember an excited David mentioning that he spoke with some Hollywood executives about the possibility of turning Supreme Ambitions into a movie.

The last time we met was in December 2017 when I was in New York for the ATL holiday party. There, I also got a chance to catch up with Elie, Staci, Joe, and Kathryn. Unfortunately, I forgot to bring the book with me. When I returned home, 60 degree weather felt unusually warm for the next few weeks.

We didn’t talk much since then since his son was born, and I was busy doing other things.

About a year ago David announced that he would be leaving Above The Law to be a managing director at Lateral Link. At that point, while we will still stayed in touch online, I figured we would not meet again for a very long time. So I put my copy of Supreme Ambitions away in my closet library, somewhere between one of Martin Ginsburg’s M&A tax treatises and a the latest Nintendo Switch Strategy Guide.

When David first announced that he was diagnosed with the coronavirus, I was shocked to see a photo of him in a hospital, but I didn’t think much of it. He didn’t meet most of the risk factors that could result in complications. He was young, healthy, and happy. I figured he would be discharged in a few days and would blog about his fever and the 2021 Supreme Court Clerkship Draft while quarantining himself in his bedroom.

So when I heard that David was admitted to the ICU and placed on a ventilator, like many others, I anxiously waited for updates on his condition. While I am confident that he will eventually recover, due to the unknowns surrounding COVID-19, I fear that his recovery could be a slow process.

From that moment, I understand that the government-imposed travel bans and stay-at-home restrictions, while draconian, are necessary. Some people I know think we are overreacting, but I think they will change their tune once someone they care about tests positive for the virus.

The coronavirus made us rethink what’s important. A few months ago, people were lining up for the newest iPhone. Now, people are lining up for food and toilet paper. Sometimes, it takes moments like these to fully appreciate the positive impact certain people have made in our lives. The people who open doors for you that you didn’t think were there or that you couldn’t open yourself. The people who give you a chance when no one else would. We’re so busy running the rat race that we forget about them. Don’t do that. Thank them. Honor them. And be there for them during their time of need.

David, thanks for giving me a shot. My columns didn’t make me famous or get me a blue check mark next to my name. They didn’t result in a job, high-paying clients, awards, or a Netflix special. But over the years, people have told me that my columns helped them avoid mistakes in their practices. Some helped college graduates choose the right law school. Some reduced their tax bill or their monthly IBR student loan payments. And some just put a smile on people’s faces after a bad day. That makes everything worth it, and I’m grateful.

Get well soon, my friend. Because I am still waiting for your autograph.