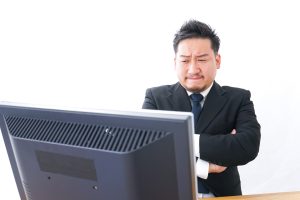 “For Christ’s sake men—come on! Do you want to live forever?” – Sergeant Major Daniel Daly, U.S.M.C.

Probably my proudest moment in my legal career was as a third-year associate. I’d been up for God knows how long and was getting out a document production. We’d had some last-minute technical issue, and it was likely going to be going out a few minutes past midnight, which in retrospect was a self-imposed deadline, but I really wanted to get it out by midnight. Also, at that point I’d been doing two-a-week productions for about a month, so I was feeling especially invested in the whole production enterprise.

At some point while I’m walking around the office, the only person on the floor, waiting for the technical issue to resolve, I hit a wall fatiguewise and thought I might collapse. I was together enough to realize that I might fall and hit my head or have an aneurism or something, and if that happened, no one would find me until the next morning.

What I’m proud of are my next two thoughts. The first was that if I was found dead the next morning, that would be a great excuse for the production being late, and it would help the case. The second was that I was going to be a damn legend posthumously. It’s easy to talk a good game, but then you live in constant uncertainty, wondering whether you’ll live up to it when put to the test. When you do, it’s an enormous relief.

For most of my life, I assumed everyone — especially litigators — thought like this. It wasn’t until I was in my mid-30s that I realized that some people didn’t think like this, and weren’t ready, like Harry on St. Crispin’s Day, to go out in noble glory if the professional circumstances required it.

Maybe it was the people I hung out with in college. I remember when my college friends and I read about the Japanese concept of karoshi — death by overwork — how impressed we were at how seriously the Japanese people took their jobs and how great it was that they celebrated those who truly took it past the limit. It wasn’t until much latter that I realized that it was generally considered a bad thing and not, in fact, gloriously celebrated. I was disappointed.

In college, we also used to read and talk about Dennis Block, the legendary then-Weil Gotshal partner who was rumored to throw staplers at associates. This seemed totally normal to us, and we’d sit around and talk about how great it would be to work for someone who was so passionate and debate whether it was acceptable to dodge. We finally decided that if he didn’t say anything you should dodge (as it showed off your reflexes), but if he said “Don’t move” before the throw, then obviously you stood and took it.

Another time, when I was working, I got a decently ugly head injury during lunch after I tripped while trying to get out of the way of a tourist taking a photograph. Shirt drenched in blood, I spent half an hour in a hotel bathroom trying to stop the bleeding with a paper towel while people kept coming in asking me if I was okay — the usual. Once I stopped bleeding, I went into the office without even thinking; obviously, you go back to the office. It showed a proper work ethic and would be important to clients: they obviously wanted the type of firm where associates show up at the office drenched in their own blood. Who wouldn’t? And we shared a building with Debevoise, so there were real stakes in play if the right client saw me in the lobby and started asking questions.

So maybe the lesson is that lightweight rowers have atypical life experiences — although no one can ever take away from me my personal best of losing 10 pounds in 12 hours — or maybe I watched too many Aaron Sorkin shows in my youth. But it seems most people don’t think like this.

Why is this a problem? Because clients deserve better. They trust us to be dedicated to their cases and to getting the best result. Pigs, not chickens, and so forth. I’m reasonably certain that if you ask most clients dealing in high-stakes litigation whether they’d expect their litigator to, if push came to shove, take a bullet for them, and they had to answer truthfully, the answer would be yes. And to be fair to them, most high-stakes litigations are dealing with amounts exceeding the actuarial value of a human life.

In perspective, this isn’t an unusual ask. Military personnel, police, and firefighters put their lives routinely at risk, and make much less than commercial litigators. And to that, now we can add medical personnel in the current climate. It’s almost insulting for us to act like we deserve some special treatment.

Character Is What You Do Under Pressure

Yet many litigators seem to think they deserve special treatment, and value their own safety over winning for their clients. I’ve lost track of how many blast emails I’ve seen from law firms — not to mention other service providers — assuring clients that the safety of their staff is their highest priority. But if I’m a litigation client, this is stunningly tone-deaf: I just care about winning my case.

Some litigators may think that their clients don’t think like this — but they don’t understand human nature. Sure, most litigation clients won’t admit it, and maybe many won’t even admit it to themselves. But they’re thinking it. In their heart of hearts, they are rightfully judging you for your lack of dedication.

But It’s Never Too Late To Change

But if there was any time to turn over a new leaf, you won’t get too many chances better than this. Wherever you’re off socially distancing yourself, this is your big opportunity to take the change in routine to become better, faster, stronger, and less afraid. Don’t let it pass you by. Matthew W. Schmidt has represented and counseled clients at all stages of litigation and in numerous matters including insider trading, fiduciary duty, antitrust law, and civil RICO. He is a partner at the trial and investigations law firm Balestriere Fariello in New York, where he and his colleagues represent domestic and international clients in litigation, arbitration, appeals, and investigations. You can reach him by email at matthew.w.schmidt@balestrierefariello.com.