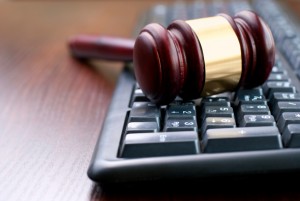 I know it seems like ancient history, but it was only about a month ago in mid-March that many states closed all nonessential businesses, which resulted in the closure of most law offices. Right around that same time, many courts suspended most in-person proceedings. With the issuance of those declarations, the world as we knew it came to a screeching halt.

And then, against all odds, the legal profession rose to the occasion and began to rapidly adopt technology at rates never before seen. Governors and courts issued orders in rapid pace that affected — and modernized — the practice of law. Seemingly overnight, our profession was practicing law like it was 2030 by requiring lawyers to use readily available technologies to facilitate and streamline the swift administration of justice.

I’ve been tracking this phenomenon with a mixture of incredulity and amazement. For those who may have missed some of the announcements of these advancements, which often got lost in the midst of the daily barrage of ever-changing COVID-19 news, here are some of the most notable examples of technological innovation and adoption that have impacted the practice of law.

Courts across the country have begun to allow electronic signatures to be  used in place of “wet” signatures since the social distancing required by COVID-19 makes it difficult, if not impossible, to obtain in-person signatures. For example, the Massachusetts Supreme Judicial Court issued this temporary order on April 6 that permits attorneys “required to sign a document to be served on another party or filed with the court, … (to) electronically sign, unless the court specifically orders otherwise.” As a result, the need for e-signature tools, whether they’re standalone or built into law practice management software, has increased significantly in recent weeks.

Another step forward for legal technology has been the acceptance of digital documents for court filings in lieu of paper documents. For years now, many courts have resisted the move toward all digital documents and have continued to require that paper documents be filed for many types of matters. COVID-19 is changing that since many courthouses and clerk’s offices have been forced to close their doors for the time being. As a result, many courts are revising their rules and allowing solely digital documents to be filed in matters that would have previously required paper document filings. For example, in this order from the United States Court of Appeals for the Second Circuit dated March 26, Chief Judge Robert A. Katzman suspended the court rules that required the filing of paper copies of briefs.

Likewise, social distancing and the resulting shift to digital documents by many courts necessitates that e-filing be permitted in lieu of in-person filing of pleadings. Accordingly, many courts now permit e-filing in cases where it was not previously allowed. By way of example, the California Supreme Court issued this order on March 18 and subsequently posted the following notice to its e-filing website: “In light of the California Supreme Court’s [March 18, 2020] amendment of the ‘Supreme Court Rules Regarding Electronic Filing,’ rule 2, henceforth and until further notice, all documents (including briefs) must be filed electronically on the ‘TrueFiling’ platform, and paper copies should not be submitted …”

Last, but not least, courts and legal professionals have embraced video conferencing en masse from the very start of the shelter-in-place requirements. Courts at all levels, from local courts to the highest court in the land, have begun to permit legal proceedings to move forward via video or teleconferencing. For example, on March 31, the Judicial Conference of the United States announced that it had “temporarily approved the use of video and teleconferencing for certain criminal proceedings and access via teleconferencing for civil proceedings during the COVID-19 national emergency.” And earlier this week, the United States Supreme Court made the announcement that it would “hear oral arguments by telephone conference on May 4, 5, 6, 11, 12 and 13 in a limited number of previously postponed cases.”

So, the times they are a-changin’ folks, and more rapidly than I ever expected. If you’re interested in more insight on the unprecedented rate of change and what it means for the legal profession, make sure to check out Above the Law columnist Bob Ambrogi’s latest LawNext Podcast, where Bob interviews Richard Susskind. Find out what Richard — a world-renowned expert, speaker, and author on the future of legal services — has to say about the whether the COVID-19 pandemic will facilitate a fundamental change in the adoption of technology by the legal profession and the delivery of legal services generally.

Nicole Black is a Rochester, New York attorney and Director of Business and Community Relations at MyCase, web-based law practice management software. She’s been blogging since 2005, has written a weekly column for the Daily Record since 2007, is the author of Cloud Computing for Lawyers, co-authors Social Media for Lawyers: the Next Frontier, and co-authors Criminal Law in New York. She’s easily distracted by the potential of bright and shiny tech gadgets, along with good food and wine. You can follow her on Twitter at @nikiblack and she can be reached at niki.black@mycase.com.