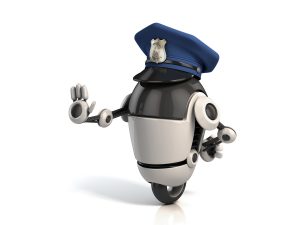 A few years ago, The Lens exposed a super-shady tactic being used by Louisiana prosecutors. In an attempt to obtain a bit more compliance from witnesses in criminal cases, the Orleans Parish District Attorney’s office started issuing fake subpoenas to witnesses that contained (an also-bogus) threat of imprisonment.

Rather than do it the legal way — using office letterhead with no threat of incarceration — the DA’s office opted for a hard sell tactic that deliberately mislead citizens. The office claimed this was fine and that no one paid attention to the big, bold print promising jail time for not cooperating.

Two weeks after The Lens exposed the practice, the lawsuits began flowing in. Some lawsuits sought copies of the fake subpoenas the office had issued. Others sued over the practice itself. Crime victims, who had been falsely threatened with being treated like criminals themselves, sued the DA. The problem with this is prosecutors are generally given absolute immunity which makes them nearly impervious to civil lawsuits.

Fortunately, a Louisiana federal court allowed the lawsuit to proceed, finding (on very narrow grounds) absolute immunity couldn’t be stretched to cover every bit of this nasty, deceitful scheme.

This Court finds that granting the Individual Defendants absolute immunity for allegations of systematic fraud that bypassed a court meant to check powerful prosecutors would not protect the proper functioning of a district attorney’s office. It would instead grant prosecutors a license to bypass the most basic legal checks on their authority. The law does not grant prosecutors such a license.

The DA’s office is still hoping to shut the lawsuit down. It appealed the lower court’s decision, but it’s not finding any receptive judges at the higher level. Again, the DA is pitching absolute immunity — a complete, judicially-approved whitewashing of all its sins. This pitch did not perform well at the oral arguments.

It was unclear when the three-judge panel of the 5th U.S. Circuit Court of Appeals would rule, but panel members sounded clearly skeptical as W. Raley Alford III, attorney for the prosecutors, made his case.

“Threat of incarceration with no valid premise?” Judge Jennifer Elrod said at one point during arguments. She later drew laughter from some in the audience when she said, “This argument is fascinating.”

“These are pretty serious assertions of authority they did not have,” said Judge Leslie Southwick, who heard arguments with Elrod and Judge Catharina Haynes.

Tough to retain immunity without a lawful premise. As for the DA, he’s not willing to back down from his assertions the fake subpoenas were a net good for the community he inflicted them upon. DA Leon Cannizzaro was filled with compassion when he falsely threatened people with arrest for not complying with a fake subpoena.

Cannizzaro also has said the warrants are rarely used to arrest victims of domestic violence or sexual crimes.

What a guy. Material witness warrants were rarely used to further traumatize victims of trauma. For everyone else though, Cannizzaro was willing to jail crime victims until they talked.

The lead plaintiff said she was jailed after declining to pursue charges against a man who shattered her cellphone during a fight. Cannizzaro’s office responded to that part of the complaint by saying the woman was legally incarcerated after avoiding legitimate court-issued subpoenas.

Oh, okay. Given the office’s routine deployment of fake subpoenas, it’s a bit rich to accuse them of dodging the real ones. Also, someone refusing to press charges shouldn’t be locked up until they decide to assist prosecutors in prosecuting a case the crime victim has no desire to see prosecuted.

Hopefully, the appeals court will uphold the lower court’s decision and prevent the prosecutors from dodging accountability completely.

Court To Prosecutors Who Sent Crime Victims Fake Subpoenas Threatening Them With Arrest: Pretty Sure Immunity Doesn’t Cover That