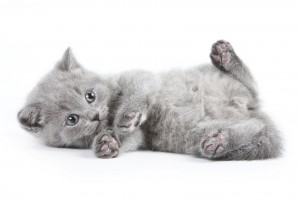 If middle schoolers can ‘shop cats ‘n’ shit into their TikToks, then the Federal Bureau of Prisons (BOP) can work out how to redact a video of an inmate getting stabbed in the dining hall. So holdeth Judge David Sentelle, writing for a unanimous panel on the U.S. Court of Appeals for D.C.

After “another inmate stabbed him multiple times with a Phillips-head screwdriver in the prison dining hall,” Plaintiff Michael Evans submitted FOIA requests for security camera footage of the attack and information from the BOP on the screwdriver’s origins. The BOP claimed the request for information about the weapon was too general, and anyway it wasn’t one of “theirs.” As to the video, the Bureau asserted multiple FOIA defenses, including the privacy rights of other inmates, insisting that it “does not have the capability to segregate images potentially responsive to [Evans’s] request from the images of third parties on video recordings.”

The District Court accepted that “no portion of the video was segregable and, even if it were, the Bureau lacks the technological capability to segregate it,” and upheld BOP’s refusal to hand over the tape. But the Circuit judges gave serious side-eye to both the imputed privacy argument and the TECH IS HARD FOIA defense.

“So far as we know from the current affidavit, all information that would be revealed is that seventy or so inmates were eating a meal in a place where they were not only expected to be, but were required by law to reside,” Judge Sentelle wrote. Even if the prisoners did have a right to privacy in the dining hall, the BOP is perfectly capable of blurring the faces of everyone but the person shanking Mr. Evans.

And if this is beyond the Bureau’s technical capabilities, they should find a teenager to help them with that.

[W]e live in an era in which teenagers regularly send each other screenshots from all sorts of video media. Presumably, most of these teenagers have fewer resources than the United States government. It is not at all clear why the government could not at least isolate some screenshots that would meet the same sort of segregability standards typically applied to printed material. The government further does not explain why it cannot by use of such techniques as blurring out faces, either in the video itself or in screenshots, eliminate unwarranted invasions of privacy. The same teenagers who regale each other with screenshots are commonly known to revise those missives by such techniques as inserting cat faces over the visages of humans. While we do not necessarily advocate that specific technique, we do hold that the government is required to explain why the possibility of some similar method of segregability is unavailable if it is to claim the protection of the exemption.

Judge Sentelle, who is 77 years old, just told the BOP to stop being such a noob and slap some cat emojis on that footage before handing it over to the plaintiff. Or at the very least, to try a little harder to come up with a rational justification for their steadfast refusal to do it.