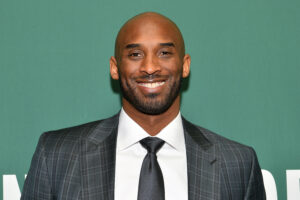 The death of a loved one is often the beginning of multiple court filings and appearances.
This is the case for basketball legend Kobe Bryant, who also was the subject of various court
proceedings during his lifetime. Bryant passed away with his daughter Gigi on January 26, 2020, in a Calabasas, California, helicopter crash that killed all nine people onboard.

If someone dies with assets held in his own name, a last will and testament is filed with the local probate court in order to distribute the estate in accordance with that last will. If someone passes away with children and there is no surviving parent or guardian, the probate court will address
issues of personal and financial guardianship for any minors. Whether Kobe
Bryant died without a last will and testament, a living trust, or another
testamentary vehicle to dispose of his assets upon his death remains unclear.
If the decedent dies as a result of someone else, there may be a cause of action to be asserted on his behalf. In many cases, an executor or other personal representative must be appointed by a court to assert that claim, or a surviving spouse or child can put it forward. This is often the case
if someone dies as a result of a car crash, shooting, or any kind of accident. When a person dies as the result of the wrongful act or negligence of another, a wrongful death claim can be filed in civil court. The personal representative or family sues for monetary damages, which if granted are paid to the decedent’s survivors. Sometimes an estate can sue for personal injury damages on behalf of the decedent, if it is thought he suffered injury immediately prior to death. In that case, the damages are paid to his estate.

In Los Angeles County Superior Court, Vanessa Bryant — Kobe Bryant’s widow and the mother of Gigi — has filed a wrongful death lawsuit against Island Express Holding Corp. and Island Express Helicopters, the companies that operated the helicopter. The complaint argues that pilot Ara Zobayan was negligent and failed “to use ordinary care in piloting the subject aircraft.” Specifically the defendant “directed and/or permitted” the fatal flight, knowing that there was unsafe weather. It has been alleged that the flying conditions on the day of the crash were unsafe and particularly that it was too foggy to fly.

Vanessa Bryant has retained Kansas City, Missouri, attorney, Gary Robb,
who practices in helicopter crash litigation and has written a book regarding the topic. Robb has spoken of an allegation that the Los Angeles County Sheriff’s Department disseminated photos from the crash site. Bryant had personally requested that the crash site be marked as a no-fly zone and that photographers not be able to gain access. Allegedly the Sheriff’s Department gave assurances that they would work to protect the privacy of the victims’ families. News outlets, however, have reported that deputies shared photos of the crash site. Bryant has demanded an investigation. On her Instagram account, Bryant called reports that first responders shared photos of the crash site “inexcusable and deplorable.” The argument is that the sharing of such photos is a violation of human decency and also a violation of the victims and families’ privacy rights.

In this day and age when information, including photos are so easily disseminated via email and the internet, issues of decency and privacy are sure to abound. Additionally, Kobe Bryant’s larger-than-life status and the circumstances of his death pervade all people’s newsfeeds. In these cases, however, it is important to be mindful that this tragedy, like all deaths, still concerns several individuals and families. Surely Kobe Bryant’s fame and death will be the impetus for many legal and ethical conversations as his family and fans navigate life without him.