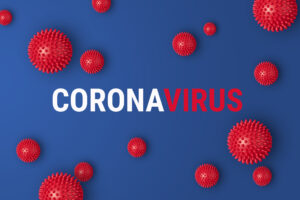 We have some unfortunate news today from New York, where an beloved member of the legal profession passed away due to complications of coronavirus.

Steven M. Edwards worked as an of counsel attorney in Quinn Emanuel’s New York office. Recall that Quinn Emanuel was one of the first New York firms to close its doors after a partner tested positive for COVID-19 in early March.

According to the firm, Edwards died sometime on April 8, 2020. Quinn Emanuel described Edwards as a “superb lawyer,” “a wonderful human being,” and “a passionate champion for social justice” in a kind memorial on its website, where his professional accomplishments were carefully curated:

A graduate of the University of Virginia School of Law, Steve started his career at Cravath, Swain and Moore after which he started his own firm, Davis Weber & Edwards, which became the New York office of Hogan & Hartson (now Hogan Lovells), where he headed the Litigation Group in New York.

Edwards was also an avid musician, with accolades like being a member of the Iowa Rock and Roll Hall of Fame and writing the rock opera “Something Afoot.” He often played bass with his band, the Law Dogs.

We here at Above the Law would like to extend our sincere condolences to Steven Edwards’s family, friends, and colleagues during this difficult time.