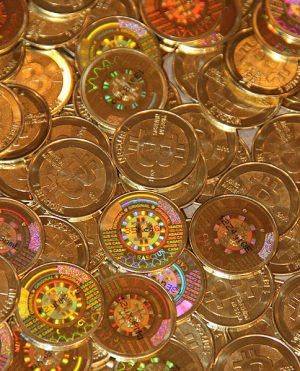 When the employees of CG Blockchain learned their boss wasn’t who he said he was, and was instead a convicted Canadian hedge fund fraudster named Boaz Manor, they quit en masse. This seemed like quite a bit of an overreaction to Shaun MacDonald née Manor. After all, he said, if anyone asked him if he was Boaz Manor, he readily admitted it, and “people don’t have to disclose any kind of embarrassing or painful situations that they’ve encountered in the past, so long as it does not relate to their current job.” And in spite of his working in blockchain and cryptocurrency technologies, Manor/MacDonald was just a humble “product designer” and management consultant, so no need to worry about or even mentioned that ban from the securities industry. (Plus, are cryptos even securities anyway? No one seems to know, so why fret?)

Subsequent events, however, have borne out CG Blockchain employees’ wisdom in getting the hell out of there before they got a subpoena.

Manor falsely claimed that 20 hedge funds were paying a $1 million yearly fee to use the product, and he used aliases and changed his appearance to conceal his past, prosecutors said…. To give him credibility with prospective investors, Manor also falsely claimed that a New Jersey attorney, Edith Pardo, 68, was an independently wealthy investor who put $3 million in CG Blockchain, according to an indictment in federal court in Newark, New Jersey….

“Pardo neither invested millions in the business nor exercised managerial authority over it, and instead acted merely as a front that concealed Manor’s true control over the business,” according to the SEC complaint. “Defendants also made material false or misleading statements about the state of the technology products they were developing.”

Manor’s mastery of disguise and also Israeli extradition laws (he spent two years as a fugitive in the country before inexplicably returning to Canada to serve four years in prison and get banned from business) are undoubtedly standing him in good stead right now, as he’s back on the lam. (Pardo, also an Israeli citizen, is not so lucky and is currently enjoying the hospitality of federal marshals.) Lucky Israelis can thus look forward to being regaled of stories like this one, which for all we know, given how things went, might even be true.

Among other things, MacDonald bragged that he had entered into talks to buy SkyBridge Capital, the fund founded by former White House communications director Anthony Scaramucci, the report said.