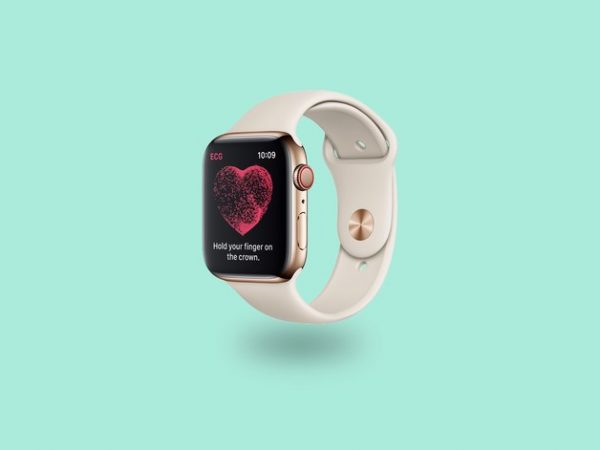 Apple first received clearance from the Food and Drug Administration to include the atrial fibrillation feature in its devices in September 2018. Using an optical heart-rate monitor, the feature notifies the wearer if an irregular rhythm is detected, though it’s not meant to be used by wearers who have already been diagnosed with atrial fibrillation. Apple first introduced the feature with the Apple Watch 4, though it is now available in older devices.

The feature could alert adults to potential instances of atrial fibrillation, though it still couldn’t replace a medical diagnosis. It’s also worth noting that past studies have questioned the accuracy of wrist-based monitors; a 2017 Cleveland Clinic study testing four wearables showed none were as accurate as a chest strap.

Starting in 1999, Wiesel has filed numerous patent applications related to atrial fibrillation detection, according to the complaint.

“Early on in his career, Wiesel noticed a lack of available and useful technology to screen for atrial fibrillation. For over twenty years, Plaintiff has been inventing, researching and experimenting with innovative approaches for monitoring and detecting atrial fibrillation,” the lawsuit stated.

Wiesel claimed Apple violated a patent he was issued in 2006, describing a method for detecting atrial fibrillation. In the patent, Wiesel explained the device could use either an inflatable blood pressure cuff or a light source that monitors the intervals between pulse beats.

The complaint emphasized the validity of Wiesel’s patent, adding that “The claimed inventions were not well known, routine, or conventional at the time of the invention, nearly twenty years ago, and represent specific improvements over the prior art and prior existing systems and methods…”

Wiesel is seeking past damages in the form of at least a “reasonable royalty,” treble damages for willful infringement, and for Apple to pay royalties on a going-forward basis. The complaint estimates that Apple has sold between 50 million and 100 million watches with the feature included or available as a downloadable upgrade.

Apple did not comment at the time of publication.