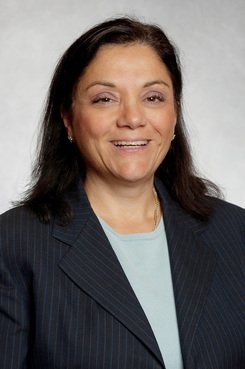 Duane Morris partner Doreen Zankowski has been suspended for six months from the Massachusetts bar for overbilling while she was a partner at Saul Ewing Arnstein & Lehr. Zankowski, a litigator who handles complex litigation, construction and corporate matters, said that her billing errors were not intentional but merely a result of “inadequate, careless, rushed and error-prone” billing practices.

In question were Zankowski’s billable hours for 2015. That year she made equity partner at Saul Ewing, and billed 3,173 hours and worked more than 720 non-billable hours. The ethics opinion notes the firm became concerned with Zankowski’s hours during compensation review:

“The litigation department chair was struck by what he described as the respondent’s ‘extraordinary billable numbers,’ as well as a ‘premium’ in earnings resulting from the fact that the respondent’s overall actual amount billed was more than the original value entered.”

She also reportedly edited associates’ timesheets to add entries to associate level work that Zankowski says she actually did herself. Zankowski left Saul Ewing in 2016 and joined Duane Morris, but as reported by Law.com, that didn’t end the investigation into her billing practices:

Saul Ewing continued to investigate her billing practices after her departure and ultimately gave money back to clients, totaling about $260,000, for what it believed was the amount Zankowski had overbilled, the opinion said. The firm did not inform those clients about the reason for overbilling, and most of them ultimately followed Zankowski to Duane Morris, the opinion said.

According to the ethics opinion, Zankowski “falsely inflated the number of hours on final bills sent to several clients, improperly entered her time as work by her associates, and knowingly billed clients for taking depositions that she did not attend.” And though the board of bar overseers recommended a two-year suspension, Associate Justice Frank Gaziano felt that was “too severe” and knocked it down to six months, beginning on December 18th. In justifying the shorter suspension, Gaziano also noted even absent the billing irregularities, Zankowski was a significant revenue generator and that her evidence that the overbilling was unintentional was compelling.

Zankowski is appealing her suspension, and Saul Ewing indicated they have no comment while the appeal is pending. Duane Morris offered this statement:

“As this matter has been appealed by the Massachusetts Board of Bar Overseers, the firm has no comment other than to note that the conduct at issue, which involved certain billing practices, all occurred entirely prior to Ms. Zankowski joining Duane Morris and that two of the three clients in question had actually presented testimony in support of Ms. Zankowski.”