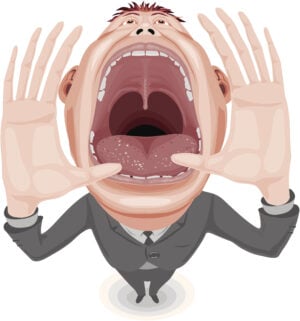 Reed Smith partner Eric Dubelier’s representation of Concord Management and Consulting, the company owned by Russian oligarch Yevgeny Prigozhin that was indicted as part of the probe by Special Counsel Robert Mueller, has seemingly devolved into farce. As a recap, Dubelier has already been benchslapped by the sitting judge — and Trump appointee no less — Dabney Friedrich of the District of Columbia for what she called “unprofessional, inappropriate, and ineffective” comments — a move he didn’t take kindly to.

The latest development in the case is no less contentious. At a hearing in the case earlier today Judge Friedrich indicated there was a strong likelihood that Concord Management failed to comply with the government’s subpoena. As reported by Courthouse News, Dubelier’s reaction was more akin to an emotional outburst:

Accusing the judge of taking a tone that suggests that the defense counsel is engaged in something “sneaky,” Dubelier pounded his fist on the lectern.

“I am not! I am not!” the lawyer said, his voice shaking.

Assistant U.S. Attorney Adam Jed’s concerns about Concord’s compliance preceded Dubelier’s emotional response, when he said, “We are starting to have some concerns about whether Concord is participating in this case.” To which Dubelier had a predictably forceful response, “It’s bogus… It’s a ridiculous argument.”

Friedrich’s response was described as “calmly wav[ing] off Dubelier’s accusations” of favoritism.

In the document dispute, Dubelier said that Concord produced all documents in its possession. However, Judge Friedrich said that the assurances of production must come from a Concord employee, as Dubelier, “cannot fill that role here, clearly.”

Jed questioned the adequacy of an affidavit to signal compliance, particularly given the weight of the accusations against Concord, “It gives us pause … that they are just going to write something down and give it to the U.S. government.” Jed urged the court to hold Concord in contempt. In the interim, Friedrich ordered Concord to submit an affidavit from someone at Concord describing the steps it took to search for the requested records by 5 p.m. on Wednesday.