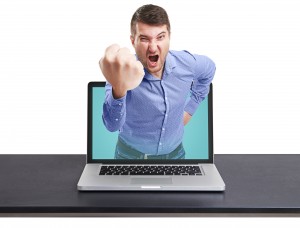 There are pressing pro bono needs all around us — even before a pandemic triggered an economic crisis — and allocating the scarce resource of volunteer attorney time is always a challenge. But climate change is the sort of slow motion crisis that produces legal challenges that may be overlooked by firms so focused on the moment that long-term impacts get swamped in the battle for resources.

White & Case offers pro bono services to The International Union for the Conservation of Nature’s Climate Change Specialist Group, and recently sent around an email looking for volunteers to help the organization put together a resource guide for attorneys litigating complex climate change issues that arise around the world. As pro bono calls go, it was a pretty straightforward one: 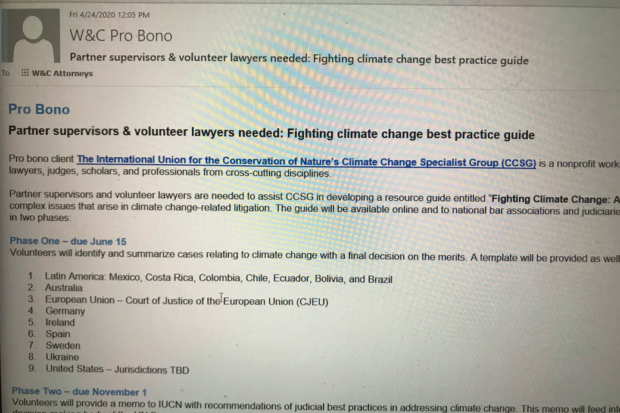 But Miami-based rainmaker Thomas Lauria wasn’t happy to see the firm’s attorneys volunteer to assist an organization helping foreign attorneys deal with the tangible impact of climate change. In an effort to put a stop to the effort, he deployed the dreaded “Reply All” button to lodge his concerns. 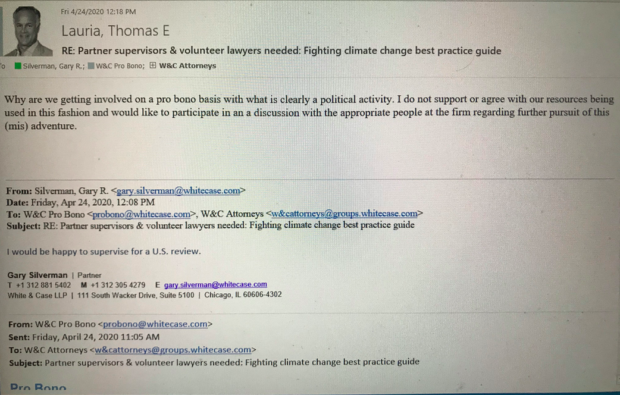 He likely meant for this to reach a more limited audience. But sometimes one seemingly small action, like hitting “reply all,” can have unintended ripple effects that create even more damage. Perhaps even damage that’s not immediately apparent and only manifests some time after the email is sent. It’s, like, metaphorical and stuff.

Putting aside that climate change is only a “political activity” to the extent that the Republican Party has decided to ignore multiple decades of scientific consensus, this doesn’t even make sense within the universe of White & Case’s past pro bono endeavors. White & Case worked pro bono to challenge the “Don’t Ask Don’t Tell” policy that was just as “political” for reasons just as bad. And in this case the assignment is just helping attorneys in other parts of the world bring legally cognizable claims which shouldn’t be any more political than drafting a casebook.

But of course the complaint isn’t that the assignment is “political,” nor is it some kind of significant resource drain for a 2,000+ attorney behemoth, but that it’s a cause that runs afoul of Lauria’s personal worldview. And Lauria can try to own the libs if he wants (and while tipsters say he’s an admitted Trumpian, his political donation history is bipartisan), but that doesn’t mean he gets to dictate the efforts of a global firm of which he is ultimately a small part. There are firms in this world where one partner holds all the cards, but White & Case and its nearly $2B in revenue is not that firm. If the firm embraces efforts to help a nature conservation group, that’s something he needs to suck up. Part of being a partner is recognizing that the platform serves the rest of the firm too.

And in this case, if White & Case is trying to save the Miami office from ending up two feet underwater, that’s good for Lauria whether he’s willing to admit it or not.