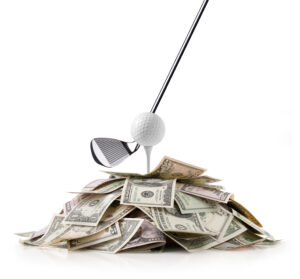 A disciplinary complaint by the Illinois Attorney Registration and Disciplinary Commission against former Vedder Price partner Robert Hankes has all the trappings of a throughly entertaining story. There is a fired parter, alleged fake invoices, misused client accounts and golf fees that just have to be paid.

According to the complaint, Hankes, a one-time member of Vedder Price’s transportation finance team, faked invoices for more than $130,000 in fraudulent payments. Hankes was allegedly terminated by Vedder Price on Oct. 2, 2019 over the scheme, which had begun in January of 2018. Hankes was home grown at Vedder Price, he began working there in 2005 as a summer associate, and was made partner in 2014. Before joining the firm, Hankes, also a CPA, was auditor at Arthur Andersen and a financial analyst with Winston & Strawn.

As for the details of the alleged fraud, Law.com has the skinny:

Sometime before January 2018, the firm billed about $23,783 in work for a customer of the financial institution. Hankes allegedly reactivated an unrelated client account, fabricated an invoice for the billed amount, and deposited the payment as a credit into the reopened account, which he controlled. Hankes also billed the financial institution with the correct billing number and applied the payment to its account.

There were another eight allegedly fabricated invoices according to the complaint the resulted in double-billing the financial institution and its clients. The complaint also alleges that during this period Hankes would charge the dormant account for expenses including golfing, dining and travel and got reimbursed to the tune of at least $79,790.

Hankes has not issued a statement about the complaint, but he his bar status is voluntarily inactive and not licensed to practice in Illinois. As for the firm, they say they’ve refunded clients who were double-billed but did not provide further comment.