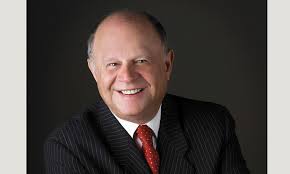 Yesterday we told you about the allegations swirling around Greenberg Traurig partner Joel Katz. The founder of the firm’s entertainment practice was accused by the former president and CEO of the National Academy of Recording Arts and Sciences Academy, Deborah Dugan, of sexual harassment. According to the complaint, Katz made overtures to Dugan, repeatedly calling her “baby” and making comments on her appearance at a work dinner.

Dugan also says that when she reported the “boys’ club” mentality of the Academy to HR she was put on administrative leave. The Academy takes the position that Dugan didn’t complain about the alleged harassment until there were allegations that Dugan created a “toxic and intolerable” work environment.

Now that you’ve gotten that quick refresher on the allegations at play, it’s time for Katz’s statement on the matter. His comments go on the offensive, calling the claims in the complaint “false” that he “categorically and emphatically” denies. The full statement, made by Katz’s attorney Howard Weitzman of Kinsella Weitzman Iser Kump & Aldisert, is as follows:

“Ms. Dugan’s allegations of harassment and her description of a dinner at the steakhouse in the Ritz Carlton, Laguna Niguel are false and Mr. Katz categorically and emphatically denies her version of that evening,” says Weitzman. “This dinner meeting was 2½ months before Ms. Dugan started her job. Mr. Katz believed they had a productive and professional meeting in a restaurant where a number of members of the Board of Trustees of the Academy, and others, were dining. Ms. Dugan’s claims are made, for the first time, 7 months after this dinner took place. Mr. Katz will cooperate in any and all investigations or lawsuits by telling the absolute and whole truth. Hopefully Ms. Dugan will do the same.”

Given the strong feelings that seem to be on both sides, it’ll be interesting to see how it all plays out.