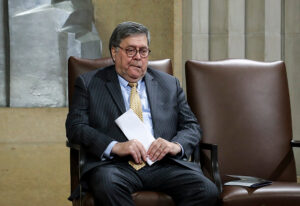 Once again, the Russians out-trolled us, but this time they turned their sites on America’s judicial system. Yesterday the Justice Department moved to dismiss charges against “Putin’s Chef” Yevgeny Prigozhin, who funded a squad of Russian hackers that flooded social media with divisive, anti-Clinton propaganda during the 2016 election. Prigozhin, his company Concord Management, and the other named defendants had refused to submit to the court’s jurisdiction, while simultaneously abusing the discovery process to extract maximum information about US intelligence efforts.

Citing a “change in the balance of the government’s proof due to a classification determination,” the government claims that “further proceedings as to Concord, a Russian company with no presence in the United States and no exposure to meaningful punishment in the event of a conviction, promotes neither the interests of justice nor the nation’s security.”

They hacked our election, made a sham appearance in court, turned the case into a circus with the help of a BigLaw partner’s antics, and exploited discovery to learn about America’s intelligence gathering. As an added bonus, Americans are even more divided, with left-wingers wondering if this is yet another inappropriate, politically-motivated interference by Bill Barr to help Trump, while the right treats this as proof that Mueller was a “bent cop,” a case bolstered by the president’s constant twitter buffoonery.

You may remember this case from Reed Smith’s infamous filing citing Justice Otter from the infamous frat movie “Animal House,” saying, “The Special Counsel’s argument is reminiscent of Otter’s famous line, ‘Flounder, you can’t spend your whole life worrying about your mistakes! You f**ked up . . . you trusted us. Hey, make the best of it.’” As one does.

Or the time Eric “Bluto Blutarsky” Dubelier accused U.S. District Judge Dabney Friedrich, a Trump appointee, of “bias on the part of the court here.” And when rebuffed, shot back “Your honor, that’s your opinion, I’ve been telling the truth.”

The government’s dismissal motion accused the defendants of abusing discovery to learn about US intelligence efforts, “some of which was leaked online, in violation of the Court’s protective order and, apparently, to discredit the investigation,” failing to comply with subpoenas, ignoring a Court order, and submitting a “misleading (at best) declaration from an incredible declarant, Yevgeniy Prigozhin,” but Dubelier got the last laugh when Judge Friedrich granted the motion last night.

“The government’s evidence was completely devoid of any information that could establish that the defendants knew what they were doing was in violation of highly complex U.S. laws and regulations,” Dubelier told the Washington Post. “This was a make-believe charge to fit the facts solely for political purposes.”