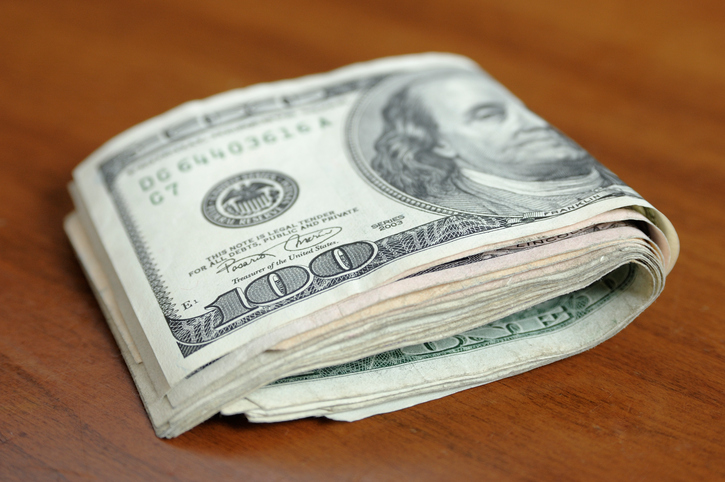 As we and everyone else who looks at them have noted, banks could really do a much, much better job of detecting, reporting and preventing money laundering. Well, BuzzFeed has got its hands on 2,100 suspicious activity reports filed by those banks, demonstrating that they have a pretty good handle on how and when $2 trillion worth of money laundering is happening. It’s just that, aside from filing those SARs, they don’t do anything about it, because, well, they don’t have to.

The Financial Crimes Enforcement Network, or FinCEN, is the agency within the Treasury Department charged with combating money laundering, terrorist financing, and other financial crimes. It collects millions of these suspicious activity reports, known as SARs…. What it does not do is force the banks to shut the money laundering down….

For more than a year, BuzzFeed News and its partner news organizations across the world mined the information on these tens of thousands of pages to map more than 200,000 transactions…. Western banks could have blocked almost any of them, but in most cases they kept the money moving and kept collecting their fees.

OK, so that’s not exactly what we were expecting or hoping for back when FinCEN piously warned against the unlawful disclosure of SARs to journalists, but there’s some fun stuff all the same.

Experts say, some banks treat SARs as a kind of get-out-of-jail-free card, filing alerts about a huge array of transactions without actually moving to halt them. In some cases, banks filed numerous reports on the same clients, detailing their suspected crimes over the course of years while continuing to welcome their business.

By December 2013, JPMorgan Chase had filed at least eight SARs on accounts and companies controlled by [Paul] Manafort, flagging more than $10 million, according to a FinCEN research report. Manafort, who went on to become Trump’s campaign chair, was convicted of bank and tax fraud in 2018….

When investigators for HSBC’s American operations asked their colleagues in Hong Kong for the name of the person who owned Trade Leader, a company that had moved more than half a billion dollars through the bank in less than two years, the answer they got was “None available.” The company would reportedly emerge as an important hub in the so-called Russian Laundromat, a sprawling scheme in which wealthy Russians, facilitated by banks, secretly moved their money into the West….

In 2012, HSBC faced a historic crisis. After permitting narcotraffickers to launder money and conducting business in off-limits countries such as Sudan and Myanmar, the bank was fined $1.9 billion. It promised to change its ways, and to hold it to that promise, the government installed an independent monitor to keep close watch. But the FinCEN Files investigation shows HSBC continued banking, and profiting from, the same kinds of customers that got it in trouble in the first place, such as a Panamanian import-export firm that the Treasury Department later said was laundering money for drug kingpins.

And there is so, so very much more where all that came from, which we invite you to enjoy at your leisure as we have. Not enjoying it? Well, HSBC, for one, and Swedbank, for another, albeit in a not-directly-related, adjacent sort of way.

Chinese state media over the weekend warned the British lender could face restrictions on its business in China, adding to a squeeze on the stock after reports said HSBC and other banks overlooked instances of money laundering… Investors are concerned HSBC could be put on an “unreliable entities” list in China that would threaten the bank’s growth plans in retail banking and in the country’s securities markets. Over the weekend, China’s Ministry of Commerce said such entities could face limits on investment and staff in China. It hasn’t designated any businesses in this way yet, but China’s state-owned Global Times tabloid said many media reports had named HSBC as a candidate….

On Monday, the bank’s Hong Kong-listed stock closed down 5.3% at 29.30 Hong Kong dollars, the equivalent of $3.78 and the lowest since May 1995. HSBC’s U.K.-listed shares also fell sharply, amid a broad selloff in European bank stocks.

[Swedbank] said the investigation covers the period between Sep. 20, 2018, through Feb. 20, 2019, and relates to the disclosure of insider information and the obligation to establish an insider list in connection with the disclosure of suspected money laundering within the company.

Meanwhile, the Treasury Department—FinCEN’s parent organization—figured that now would be a great time to finish four years of work on a rule to close one key anti-money laundering loophole, extending the customer identification and beneficial ownership requirements so effective above to some federally-unregulated financial institutions. And also to maybe ensure that there are far fewer SARs to leak going forward.

The latest announcement, an advance notice of proposed rule making published last week in the Federal Register, seeks public comment on the requirement that financial institutions must maintain an “effective and reasonably designed” anti-money-laundering program…. Under federal AML regulations, banks and other financial institutions are required to detect and report suspicious activity to the government. That obligation, coupled with elevated enforcement of anti-money-laundering laws over the past decade, has driven institutions to file massive amounts of low-value reports, experts say….

The proposed rule making is part of a larger effort to modernize the U.S.’s AML regime, according to FinCEN. The agency has suggested making clarifications about the requirements of the U.S.’s primary AML legislation, the Bank Secrecy Act, that would empower banks to allocate their resources more effectively.