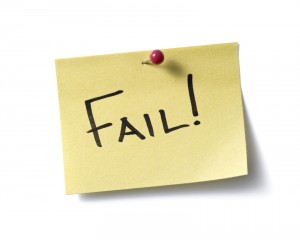 This… is not what you want to see. Especially not after the last few Multistate Bar Examination (MBE) scores gave everyone so much hope. After seeing scoring on the rise in 2019, the average score on the MBE is down for the February 2020 administration of the exam. And not just down compared to the banner 2019 scores. We are talking about an all-time low. According to the developers of the test, the National Conference of Bar Examiners (NCBE), the average MBE score was a dismal 132.6, down 1.4 points from 2019.

“It’s obviously disappointing to see this decline after last year’s mean increases in February and July,” said national conference president Judith Gundersen on Monday. “Although the MBE isn’t the only factor that affects bar passage rates, we will probably see a decline in pass rates for February 2020.”

According to the NCBE, of the 19,112 people taking the February exam, approximately two-thirds were repeat test-takers, meaning they’d already failed the exam previously. The February administration is usually dominated by repeaters, as July is the traditional time for new law school graduates to take the test. (Awww… remember when we had the bar exam in July? Good times.) And, according to Gundersen, it was repeat test-takers pulling down the average:

“The February mean is always driven by repeat test-takers; this February, the decrease in the mean score among likely first-time takers was relatively small, while the decrease was larger for likely repeaters,” she said.

Jurisdictions are currently in the process of releasing results. We’ll have to wait to see just how bad this early indicator is for overall pass rates.