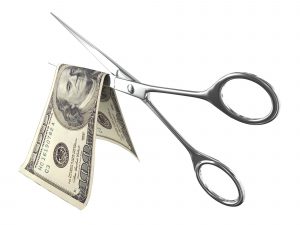 Legal tech prodigy Atrium surprised the industry last month when it announced it was drastically cutting back the number of attorneys on staff. Atrium had raised over $75M in venture capital to date, making this contraction and realignment of a core component of its business model both shocking and potentially ominous.

The move reminded me immediately of the collapse of Clearspire, the ambitious hybrid legal tech company/law firm that Atrium’s own business model owes an undeniable debt to. The similarities of those companies, and their key differences, may prove crucial to Atrium’s continued survival.

The Law Firm Everyone Loved And No One Hired

There’s no better history of Clearspire’s rise and fall than the post-mortem penned by Clearspire founder Michael Cohen himself, who I also interviewed for this piece. The vision of Clearspire was vast. Clearspire was composed of two sister companies, one a traditional law firm intended to handle sophisticated, high-value litigation traditionally reserved for Am Law 100 firms, and the other what we would now see as an Alternative Legal Service Provider aimed at less sophisticated work requiring less or no attorney attention. The two-company system was a creature of necessity, as one of the founders was a non-lawyer and couldn’t own a share of a law firm, and law firms themselves cannot accept equity investment from non-attorneys.

Clearspire had a number of core differentiators. Its biggest asset was an ahead-of-its-time custom technology platform called Coral, one that managed documents and tasks for attorneys while also giving clients transparent access to what their dollars were paying for and instant updates as tasks were accomplished. Clearspire leaned heavily on flat-rate representations, broken out into detailed Statements of Work, which are the norm in many industries but almost alien to the billable-hour dominated legal vertical. Clearspire eschewed significant real estate investment, adopting what today would be called a virtual law firm model designed to keep overhead low.

Cohen and his partner made their first investments in Clearspire two weeks before Lehman Brothers flamed out and declared bankruptcy. To Cohen and his partner, the timing was perfect. Their product ticked all the boxes that GCs were telling them they wanted as the financial markets collapsed. Clearspire offered transparency and accountability with their Coral platform, gave GCs an alternative to the billable hour nightmare, and offered their clients substantial cost savings over traditional firms. Clearspire should have been precisely the solution that cash-squeezed in-house counsel would be looking for.

It was a beautiful theory undone by ugly facts. While GCs were personally enthused by Clearspire’s concepts, the financial crash that made Clearspire’s pricing attractive also made its lack of proven track record a liability. Per Cohen, “nobody ever got fired for hiring IBM.” GCs preferred staying with traditional firms over risking their jobs hiring an unproven concept. GC’s also struggled with evaluating Clearspire’s flat fee pricing, choosing instead to cling to the familiar billable hour devil they hated, but knew.

Clearspire’s law firm struggled for traction. Per Cohen, he pushed his partner to pivot the company and focus on selling its Coral product to the many customers who expressed interest. The company ultimately refused to compromise its vision and stayed focused on the floundering law firm model. After four years, and roughly $7M in capital invested, Clearspire shut down operations in 2012.

A decade after the fall of Clearspire, Atrium’s model reads as both a descendent of, and a direct reaction to, that company’s strengths and failures. Atrium is the brainchild of Justin Kan, the coder who founded and sold the e-sports streaming juggernaut Twitch. (I emailed Kan to request an interview, but as of press date have not received a response.)

While the bones of Atrium owed a debt to Clearspire, the business plan was markedly different. Rather than target the risk-averse GCs of Fortune 500 clients like Clearspire, Atrium focused heavily on advising the startup industry, which should theoretically be more ready to embrace an unproven disruptor like Atrium. Instead of flat fees based on discrete tasks, Atrium offered its tech platform and limited access to its law firm attorneys for a $500/month membership, with additional firm services being available for additional fees.

In some respects, the changes to the Clearspire model worked. Customers appear to have flocked to Atrium to a problematic degree. Clearspire had a platform customers loved married to a firm they didn’t want to take a risk on. Atrium potentially has the opposite problem. Its tech by some reports is still maturing, but clients adored the flat rate for access to law firm attorneys. For less than an hour of attorney time at a traditional Biglaw firm, cash-strapped start-ups could squeeze large amounts of work and advice from Atrium’s lawyers. One Atrium client is reported as saying the law firm side of Atrium was very likely losing money on them based on the amount of free advice they received from their deal.

Atrium appears to have recognized that its law firm component is unprofitable. It laid off an undisclosed number of lawyers, offering to move them to its network of outside counsel to refer clients to. All indications are that Atrium is shifting its focus almost completely to the tech platform side of its company. The question now is whether the customer base they built off of underpriced attorney services will stick around for the tech platform alone.

To Clearspire founder Cohen, the move is unsurprising. “I’ve never known anybody, at least on this side of the Atlantic, who’s invested anywhere near $75 million into a small fledgling law firm. The money was clearly invested as a tech play, and I suspect that the investors got a little impatient and said ‘Let’s just forget this law firm that’s not making any money and just make this into a pure platform play.’”

History doesn’t repeat, but it often rhymes. Both Atrium and Clearspire grafted traditional law firm models onto tech platforms, to poor results. Clearspire failed as a company because it held onto its law firm aspirations too long, and didn’t leverage the platform its clients desperately wanted access to. Atrium is making the pivot, but only time will tell whether its platform is robust or different enough to hold onto its customers now that one of their key value adds is gone. 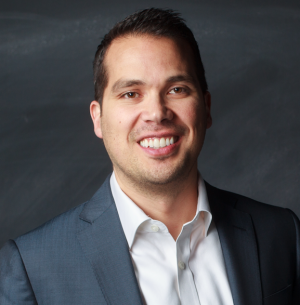