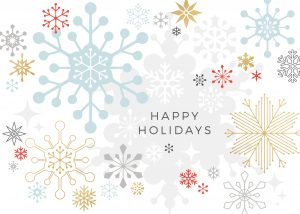 Last year, 3000 votes were cast in our annual holiday card contest which was an impressive showing for attorneys mostly disengaged from anything but their bonus memos that time of year. This year, over 19K votes were cast to crown this year’s champion.

The uptick in voting is assuredly the result of a back-and-forth contest where multiple entries vied for the top prize keeping everyone engaged. Ultimately, one firm pulled away from the pack and came close to doubling up second place when all was said and done.

This year’s champion is Goodman Allen Donnelly, who brought us an animated based on cartoons drawn by founding partner Michael Goodman. Three-time champion Wolf Greenfield came in second with another stop-motion masterpiece and Heyman Enerio Gattuso & Hirzel rode the BoHEGHian Rhapsody joke all the way into third.

Congrats to Goodman Allen Donnelly on joining the ranks of champions. Here’s a look back at how firms have finished in the past:

Congrats to all the finalists, and thanks to everyone who nominated a card or voted in the contest. It’s never too early to start work on the 2020 cards!