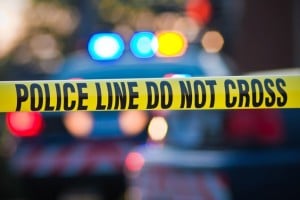 Assistant U.S. Attorney Timothy Delgado, 43, and his wife Tamara Delgado, 45, were found dead in their Granite Bay, California, home on Sunday. Officers from the Placer County Sheriff’s office found the couple, who’d only been married for five months, after Tamara Delgado’s mother requested a welfare check on her daughter.

According to the Placer County Sheriff, the deaths are being investigated as a murder/suicide. They believe Timothy Delgado shot his wife before killing himself, as the office tweeted out yesterday.

We are investigating yesterday’s homicide as a murder/suicide. Decedents are Timothy Delgado, 43, & Tamara Delgado, 45, of Granite Bay. We believe that Mr. Delgado fatally shot his wife before turning the gun on himself. Mr. Delgado was a prosecutor with the US Attorney’s Office. pic.twitter.com/ggk2MYeXSv

Timothy Delgado worked at the U.S. Attorney’s Office for Eastern District of California in Sacramento.  The office made a statement on the deaths:

“The United States Attorney’s Office for the Eastern District of California was notified on Sunday, March 8, 2020, of the death of Assistant United States Attorney Timothy Delgado and his wife.  We were informed that Mr. Delgado and his wife were found deceased in their home.  The Placer County Sheriff’s Office is investigating with the assistance of FBI, and we are fully cooperating with the investigation.  Any questions regarding the investigation should be directed to the Placer County Sheriff’s Office.”

Friends of Tamara Delgado spoke with the local CBS affiliate about how much she’d be missed:

The close friend and her husband told CBS13 Delgado was a loving mother to her daughter and young son.

“The love that a mom gives to her children and they adored her. They just adored her. And she’s gone,” the close friend said.

As for a specific motive for the incident, sheriff spokeswoman Angela Musallam told the New York Post it was still too early to speculate:

“It’s still fresh,” Musallam said, adding that she was unaware if deputies had been previously called to the couple’s home. “We’re letting detectives contact whomever they need to find out what happened.”

Our condolences to all those impacted by the deaths.