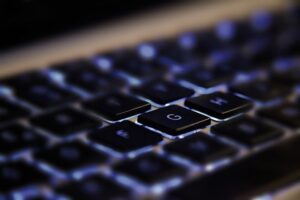 Last week I had the distinct pleasure of presenting at two different conferences while in Chicago: ABA TECHSHOW 2020 and The 2020 Women of Legal Tech Summit.

At TECHSHOW I spoke twice about two topics that fell well within my wheelhouse. My first talk (with my  co-presenter Jim Calloway) was focused on cloud computing for lawyers, and my second presentation (with co-presenter Maria Phillips) addressed the cybersecurity risks — including phishing and malware — that law firms face in 2020.

But it’s my presentation at the Women of Legal Tech Summit that is the focus of today’s column. At that conference I spoke about a subject that diverged significantly from my usual talks on how and why lawyers should use legal technology. Because the goal of the Summit was to close the gender gap in legal tech, my presentation’s objective was to find a way to amplify the voices of women in legal tech.

When I began to create my slide deck, my end goal was to come up with a dog whistle, if you will, that would be a call to action to those seeking to support women in legal tech online. But before sharing my plan for accomplishing this, I have to first set the stage.

As I explained in my talk, women in legal tech sometimes encounter difficulties online, for a number of reasons, when it comes to amplifying their voices. For starters, many women in legal tech not only work but also manage their families’ lives. Some have caregiving responsibilities as well.

This means that professional networking and more traditional socializing — both online and off — often fall by the wayside, since something has to give. That may not be the case for every woman, but that’s always been the case for me. And from anecdotal experience  over the years, I’ve learned that it’s the case for many other women as well.

Because networking isn’t always a top priority for many women, they’re often left out of various online (and offline) “boys’ clubs.” The end result is many informal online legal tech networks that formed organically within a social media platform often tend to be made up mostly of men. These groups often primarily amplify only the voices of those who are part of the loosely formed online network. As a result, the voices of women in legal tech are sometimes inadvertently left out of the mix.

Notably, there is already a hashtag often used to identify women in legal tech: #womenoflegaltech. But in my experience, it’s typically used to highlight an accomplishment of a woman in legal tech by someone other than that woman. And it’s not a call to action; instead it’s simply a hashtag that acts as a classification of sorts. And to further confuse matters, a very similar hashtag, #womeninlegaltech, is often used for the same purpose.

So I decided to come up with a different call-to-action hashtag. As you can see from the slides in my deck below, I considered a few options. The first hashtag that I came up with, and then dismissed for the reasons discussed above, was #womeninlegaltech. I also rejected #legaltechXX for any number of reasons, not the least of which was the likelihood that it could be subject to … unintended misinterpretations.

I finally settled on #legaltechX2 because it represented a mathematical concept that embodied amplification, which was the very reason I sought to create this hashtag in the first place.

So how do I envision this working?

So that’s my proposal. Let’s start using the hashtag #legaltechX2 and see what happens when more diverse perspectives are added to online legal tech conversations!