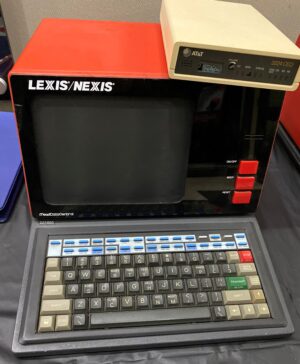 The LexisNexis you grew up with is, in a sense, dead. And it’s buried in Dayton, Ohio.

For decades, the legal research tool was run on a mainframe holding all the data you could possibly need. Lexis still provided an amazingly efficient database but its age began to show. There were little things rooted in the past, like how the editorial tools still presupposed a printed page at the end. But there were also bigger challenges in simply optimizing the database to provide consistent, outstanding results. It’s a project Lexis has eyed for years. The challenge, CTO Jeff Reihl explained at Legalweek, was that technology wasn’t always ready to support the overhaul. But now, $1.2 billion later, there’s a new Lexis for the modern age.

With an all new, cloud-based Lexis, the mainframe that served us all for generations has outlived its purpose and the company held an event to officially flip the switch shutting down the Lexis servers, placing them in a ceremonial graveyard at the Dayton data center — an exhibit of outdated technology that brought the company to today. The event became something of a reunion, with former staff who worked on maintaining the mainframe returning for the decommissioning. CEO Mike Walsh called it one of the most significant milestones in the company’s history along with the launch of Lexis on the Ubiq platform and the transition to the Internet.

Going forward, the vast 2.5 petabyte Lexis library will reside in the AWS cloud. The power provided by this move allows Lexis to develop new search techniques to provide better results. The burden used to be on the user to craft the perfect search. Generations of natural language systems began taking that burden off the attorney. With the aid of artificial intelligence, these systems keep making these searches more robust at divining intent and producing the right research for every question.

But now is the time to remember the mainframe that has now gone out of our lives. Some fast facts:

Goodbye old Lexis… you had a hell of a run. Good luck to the next generation Lexis.