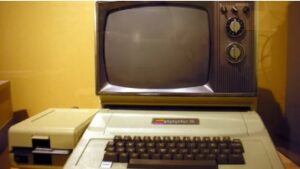 A couple of years ago, a Reuters investigation uncovered another revamp of immigration policies under President Trump. ICE has a Risk Classification Assessment Tool that decides whether or not arrested immigrants can be released on bail or their own recognizance. The algorithm had apparently undergone a radical transformation under the new administration, drastically decreasing the number of detainees who could be granted release. The software now recommends detention in almost every case, no matter what mitigating factors are fed to the assessment tool.

ICE is now being sued for running software that declares nearly 100% of detained immigrants too risky to be released pending hearings. The ACLU’s lawsuit [PDF] opens with some disturbing stats that show how ICE has rigged the system to keep as many people detained as possible.

According to data obtained by the New York Civil Liberties Union under the Freedom of Information Act, from 2013 to June 2017, approximately 47% of those deemed to be low risk by the government were granted release. From June 2017 to September 2019, that figure plummeted to 3%. This dramatic drop in the release rate comes at a time when exponentially more people are being arrested in the New York City area and immigration officials have expanded arrests of those not convicted of criminal offenses. The federal government’s sweeping detention dragnet means that people who pose no flight or safety risk are being jailed as a matter of course—in an unlawful trend that is getting worse.

Despite there being plenty of evidence that immigrants commit fewer criminal acts than natural-born citizens, the administration adopted a “No-Release Policy.” That led directly to ICE tinkering with its software — one that was supposed to assess risk factors when making detention determinations. ICE may as well just skip this step in the process since it’s only going to give ICE (and the administration) the answer it wants: detention without bond. ICE agents can ask for a second opinion on detention from a supervisor, but the documents obtained by the ACLU show supervisors depart from detention recommendations less than 1% of the time.

The negative effects of this indefinite detention are real. The lawsuit points out zero-risk detainees can see their lives destroyed before they’re allowed anything that resembles due process.

Once denied release under the new policy, people remain unnecessarily incarcerated in local jails for weeks or even months before they have a meaningful opportunity to seek release in a hearing before an Immigration Judge. While waiting for those hearings, those detained suffer under harsh conditions of confinement akin to criminal incarceration. While incarcerated, they are separated from families, friends, and communities, and they risk losing their children, their jobs, and their homes. Because of inadequate medical care and conditions in the jails, unmet medical and mental-health needs often lead to serious and at times irreversible consequences.

When they do finally get to see a judge, nearly 40% of them are released on bond. ICE treats nearly 100% of detained immigrants as dangerous. Judges — judges employed by the DOJ and appointed by the Attorney General — clearly don’t agree with the agency’s rigged assessment system.

There will always be those who say, “Well, don’t break the law.” These aren’t criminal proceedings. These are civil proceedings where the detained are tossed into criminal facilities until they’re able to see a judge. This steady stripping of options began under the Obama administration but accelerated under Trump and his no-release policy.

ICE began to alter its custody determinations process in 2015, modifying its risk-assessment tool so that it could no longer recommend individuals be given the opportunity for release on bond. In mid-2017, ICE then removed the tool’s ability to recommend release on recognizance. As a result, the assessment tool—on which ICE offices across the country rely— can only make one substantive recommendation: detention without bond.

The ACLU is hoping to have a class action lawsuit certified that would allow it to hold ICE responsible for violating rights en masse, including the Fifth Amendment’s due process clause. Since ICE is no longer pretending to be targeting the “worst of the worst,” the agency and its deliberately-broken risk assessment tool are locking up immigrants who have lived here for an average of sixteen years — people who’ve added to their communities, held down jobs, and raised families. These are the people targeted by ICE and it is ensuring that it is these people who are thrown into prisons and jails until their hearings, tearing apart their lives and families while denying them the rights extended to them by our Constitution.

(Check it out on the next page…)