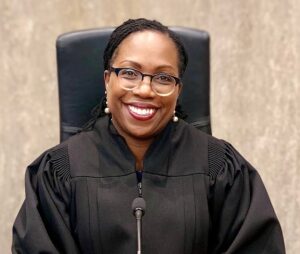 And the nominee is… Ketanji Brown Jackson! Apologies for the state of the court you’re inheriting, but que será, será, after all. You know what else is guaranteed besides death and taxes? Opinions on Twitter! Let’s check in on the chirping.

Gotta start of with some simple jubilance:

This is the news we all need today

Some remarks on how the name and title just serenade the ear:

“Supreme Court Justice Ketanji Brown Jackson” sure has a nice ring to it.

Some people have the nerve to start asking her for favors before she’s even touched the bench:

Justice Jackson, you looking for a SCOTUS clerk yet? I am available.

And of course, you knew this was coming.

Looking forward to those dissenting opinions, Your Honor!